Photos: The Stars at the Hollywood Wax Museum Pigeon Forge 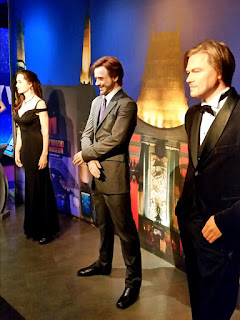 Most of the wax statues at the Hollywood Wax Museum are them in character but the first part you see is what some of these stars look like on the "red carpet." 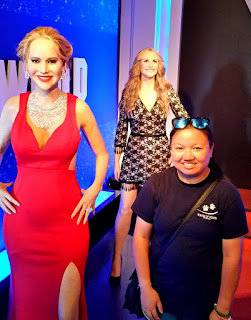 I figured they'd put Jennifer Lawrence in her Katniss Everdeen pesona, but this was the only one of her. By the way, she's not that tall (5' 7''), Daisy is just that short. 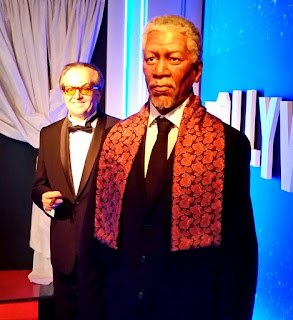 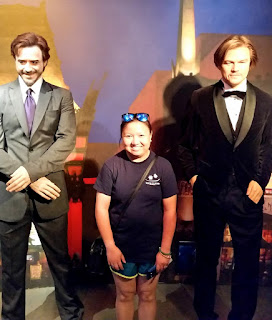 Daisy loves Leonardo DiCaprio so she had to have her picture with him. She's also a fan of "Iron Man" as she calls Robert Downey Jr.
Posted by Adam at 12:00 PM

That looks fun. Probably the only time you'll be able to get pictures with the stars.

Hurray, Daisy. What a fun place.

So those wax figures are exact duplicates (height wise)?

They're supposed to be.

Thanos must have gotten a good kick at him.

I’ve been to Madame Tussaud’s in London and had a ball. That’s the only wax museum I’ve seen.

You can tell who they are but there is also something a bit off about them. I can't imagine the process of making a wax figure!