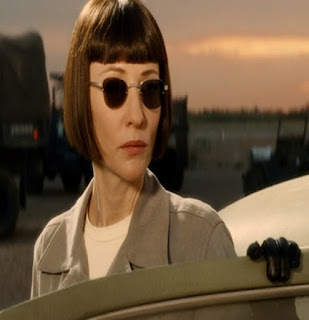 Irina Spalko ironically was the main villain I remember the most in the Indiana Jones series. I didn't hate the Kingdom of the Crystal Skull, but it was the series weakest film. Since the film takes place in the late 1950's, she's a Soviet instead of a German, as World War II had long since passed. 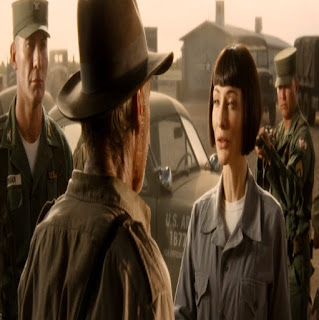 But Indiana was wise enough to pick up that she was from the Ukraine rather than Russia. Her Soviet soldiers pose as American ones and run into Indy after searching for the same thing. 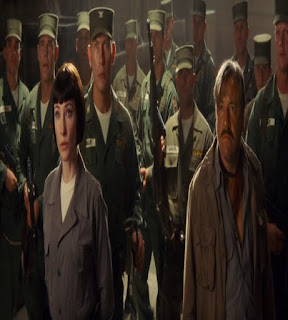 Which is some kind of alien skull that is the key to knowledge, and I mean "all knowledge" for which is her life goal. 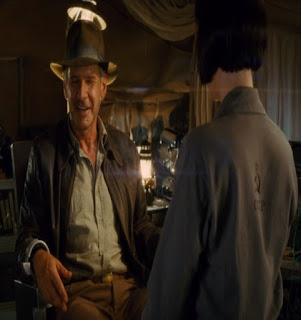 Which is rather silly for a goal, but she was a good fighter. 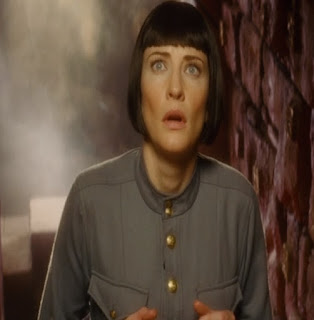 She does get to see the awakened aliens when all the pieces come together. 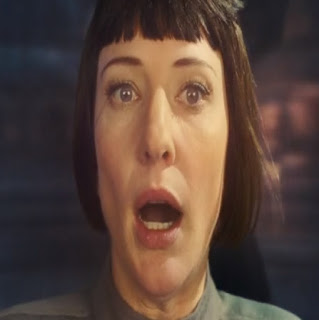 And she is obliterated by knowledge itself when her life goal becomes her cause of death. Whoops!
Posted by Adam at 11:30 PM

Cate Blanchette sure has played a variety of characters!

Blanchette is a chameleon. I still get surprised when I realize that's her every time I see this movie.