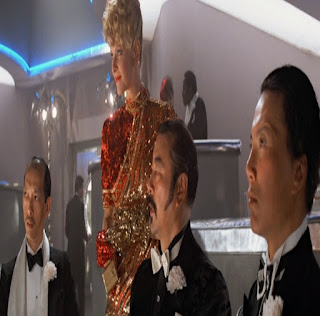 Willie Scott wasn't my most liked character in the series, but I did like her. But out of all the Indiana Jones beauties, I liked her the least. She starts out in the story as a singer working at a Chinese nightclub in Shanghai. 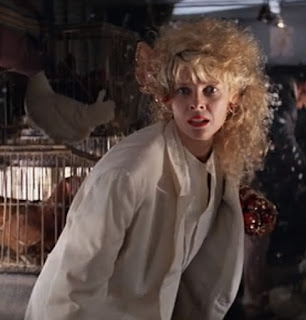 And she somehow ends up following Indiana Jones to his new quest. 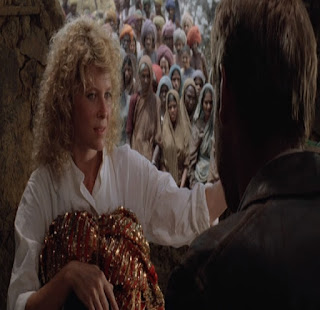 Which is more than she would have ever expected. Her and rural India didn't get along well. 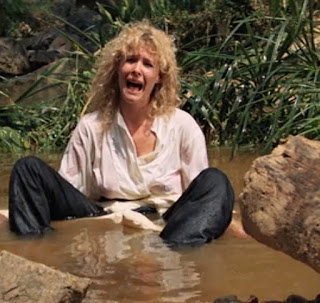 One of the reasons I liked her the least is that she was more a whiner. And being the least attractive of the three women doesn't help either. 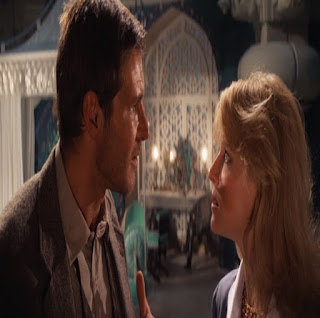 Like all the main ladies in the series, she does have a love-hate relationship with Indiana Jones. 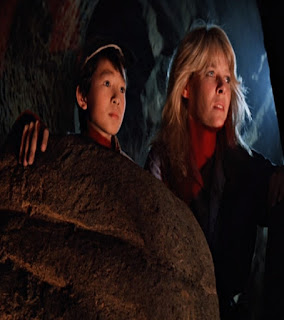 I can't remember her doing much in the underground temple, but I'm sure it wasn't much. 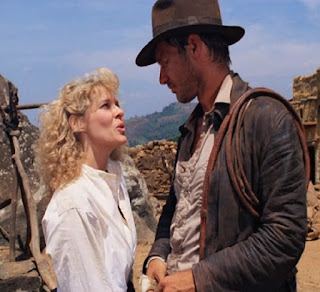 Like Marion Ravenwood, Willie Scott seems to be Indy's girlfriend at the end of the film, but disappears without much explanation during the next movie. Whoops.
Posted by Adam at 11:30 PM

I watched first movie of Indiana Jones a few days ago but haven't seen other movies yet.

You are just watching Indiana Jones now? lol I have them on VHS haha