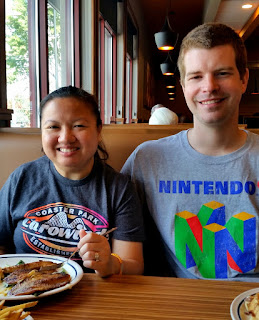 My birthday fell on a Saturday this year (August 10th) and I hate Saturdays because of crowds. But my mom offered to get me something, so I wanted IHOP. 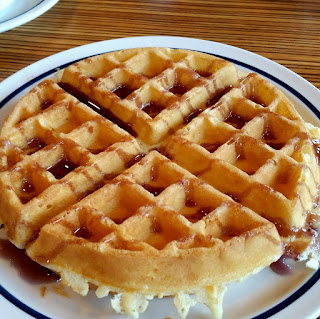 It's been quite some time since I had a belgian waffle. It was wonderful, like always. 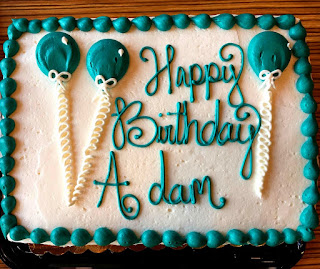 I also brought my birthday cake. I tried to get the smallest one as we don't eat much cake and we would never finish it. 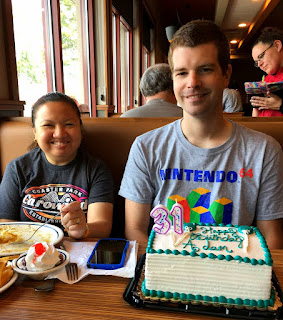 Our waitress got the whole crew to sing the whole birthday song thing. I had only realized they were going to do so about two seconds before they got there. I hate that kind of thing (I'm introverted), but it is what it is. They had good intentions about it and there was some bonus ice cream, though I gave it to Daisy because I had cake. She did tell me her son wanted to be sung to at his birthday at Applebee's, but she said they no longer did it there and it nearly broke his heart.
Posted by Adam at 11:00 AM

The cake looks so good!

A very Happy Birthday to you Adam. 🎈
I like Belgian waffles too!!
I'll eat any left over birthday cake. 🙂

Nothing wrong with I Hops. I go there now and then. I prefer pancakes over waffles.

Happy birthday Adam, is a lovely picture of you both!!

Happy birthday!! Belgian waffles and cake sounds like a fabulous way to celebrate. :)