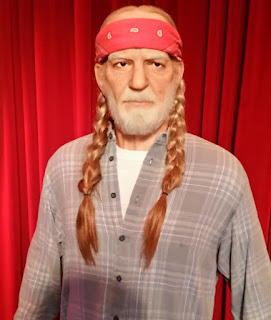 Most of them are in the same area near the end of the Hollywood Wax Museum. You got Willie Nelson here. 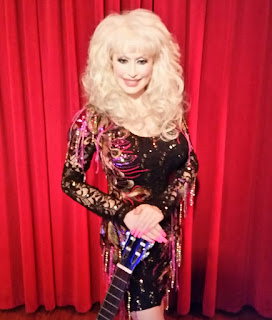 And Miss Dolly Parton, I'm not shocked they included her. Pigeon Forge, Tennessee is the site of her theme park and the local area she grew up in. 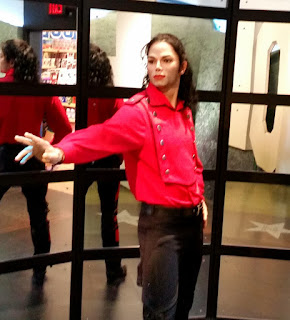 You also have the King of Pop, Michael Jackson. Good choice of costume here. 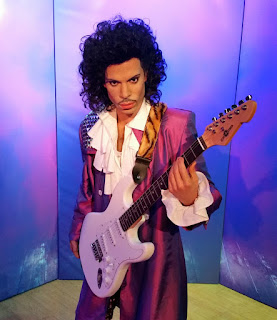 I really thought the Prince one was well done. Purple Rain baby! 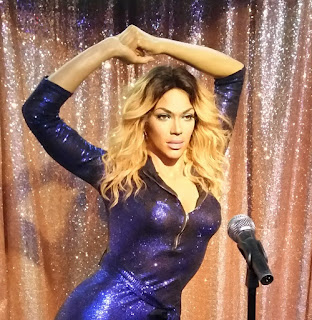 I also liked the Beyonce one. A good incarnation to choose from. 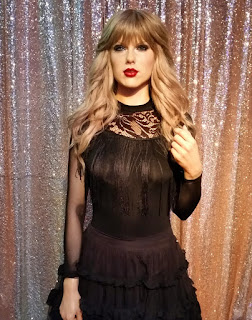 I also really like Taylor Swift, so her statue was cool to see. I didn't realize she was taller than I expected, she's 5' 10" which is slightly shorter than I. 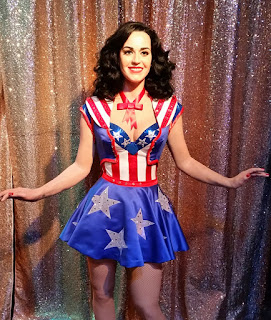 I really liked the Katy Perry one too. She's much shorter than I expected, she's 5' 7" which isn't short, but I always imagined her taller.
Posted by Adam at 12:00 PM

Wow. Some really resembled their real people. esp. females! 5'10"? She looks so fragile in real life.
These wax figures are pretty amazing, some almost creepy in their reality. Night at the Museum?

I love Willie Nelson and Dorothy Parton looks wonderful too !!

That Dolly Parton looks more like an actress whos name I can't quite remember!!

It's lucky for you and Daisy that the wax people were not working on your visit. You may have been waxed!!!!
Colin

Willie looks great. While I don't give a hoot about most celebrities, I'd love to meet Willie Nelson. My mother-in-law has a massive crush and damn near cries listening to his music.

The women look a bit more realistic than the men.