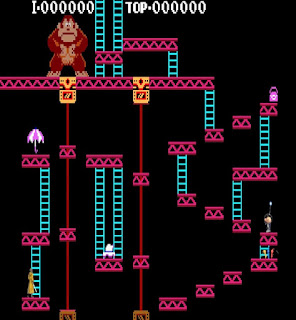 75m is based on the second level of the same name from the classic Donkey Kong arcade game. It's been in the Super Smash Bros. series since Brawl. 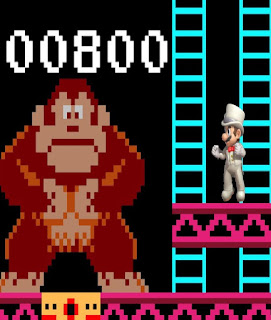 Unofficially the original Donkey Kong is Crankey Kong now, so Mario gets to meet him again. 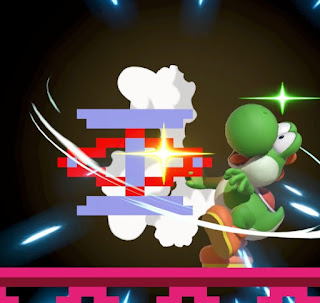 But anyway, like the real Donkey Kong game, watch out for these things, they'll hit you hard. 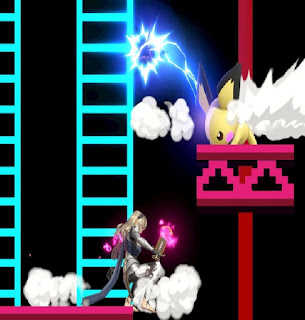 Though I will admit, it's an awkward stage to fight on. I know the pro players probably hate this stage with a passion. I don't blame them.
Posted by Adam at 11:30 PM

I usually skip commenting on your video game posts, but I've actually played the original Donkey Kong way back in, I don't know, 1985 or something. Can't remember my score, but as I was never that good at video games so I'm sure it wasn't all that high.