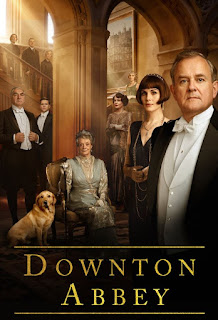 One of my favorite TV series was Downton Abbey, which is more recent as it only ended a few years ago. But luckily, they decided to make a movie. And not just any movie, a real movie for the silver-screen instead of one made just for television. I was expecting a lackluster audience showing, given that the TV series wasn't as popular in the United States as many others, but boy was I wrong. It's on the top of the box office this weekend, and even seeing the movie at 10:30 on a Tuesday morning, we were lucky to get good seats. 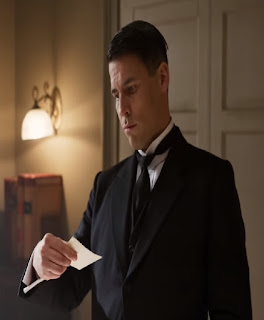 The movie begins several years after the end of the series. Thomas Barrow is still the head butler, and most of the Downton Abbey staff have remained unchanged. But a very grand letter arrives in the mail, and it's not just any old piece of postage. It's a letter from the royal family of Great Britain, King George V and his wife Queen Mary of Teck will be staying at the estate for just a single night as they travel in the country. 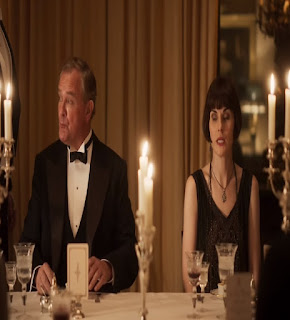 While the Crawleys aren't really strangers to the British royal family, they don't get to see them often. And this may be the first time they're actual guests of Downton Abbey. The noble family is more worried over their cousin Maud Bagshaw attending, as she works closely under the Queen. Granny Violet had a falling out with her over the choice of her next heir (which would seem to be Robert) and it's not going to be a friendly reunion, most likely. But things start to go wrong as soon as the King and Queen of Great Britain arrive. While it's not uncommon for a nobleman's staff to come with him on visits to other estates, the royal family sends enough staff to replace everyone at Downton Abbey. The King's butler and his cook are so snooty and unlikable that it doesn't take long for the downstairs staff to come up with a plan. They're going to serve the royals, one way or another. 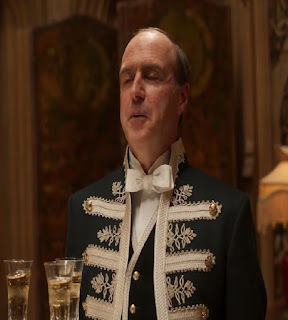 I really enjoyed this new Downton Abbey story, and I hope they give us at least one more before all the actors and actresses are either too old or don't want to do the story anymore. The TV episodes often felt like their own mini-movies (maybe not as much as Sherlock) and this movie feels like a really long episode. Which isn't a bad thing, because Downton Abbey was such high-class entertainment and much unlike most other shows on TV. Luckily most of the same people (actors, writers, and producers) are behind the movie, so it doesn't lose any of its magic or charm.

Glad you liked it, like your idea of a possible sequel! I hope to see it soon.

It was superb. The costuming, realism, clear dialogue and just good script was riveting. I did not leave to go to the toilet once, which is a high rating. A to A-.

To enjoy really you must have followed the excellent BBC series to understand the characters - all played in the movie by the same stars of the mini-series. That would I think have to be a first!
Some of the Series younger actors seem to have aged or got bulkier etc,
Barrow, the 'gay, repressed" butler and Bertie Pelham, who becomes the Marquis of Hexham, married to Lady Edith - who also appears to have put on a bit of extra beef!
IF you haven't seen the series - then it is an excellent period story.
One new character for the Movie is the Princess Royal - her real life story is very interesting with her mongrel husband - a 1920's version of Trump!!!
Divorce was a NO NO in those days for the royals - Edward was her brother and we all know what happened to him.
Here in Australia it is leading in the box Office stakes - so it won't be a financial flop.
This certainly is the end of this story of the Crawley/Grantham/Pehlan sagas.
Julian Fellowes I reckon has had enough.
I'd give it an A.
Colin

I didn't read your review since I have yet to see it and didn't want to stumble on any spoilers, but I scrolled down to get your grade and am pleased it's an A.

Art and I just saw it yesterday! I was so excited to see your review. We've never watched any of the Downtown Abbey episodes, but I wanted to see this to find out what it was all about. Art humored me since I know he wanted to see Ad Astra. It took a while for us to figure everybody out, but we eventually got really involved with it and enjoyed it a LOT! Now I want to see if it's on Netflix. I give it an A too. The crowd on a cheap ticket Tuesday was not very full, but we could tell who the real fans were. It was great.

We saw it this past weekend and one lady was wearing a fascinator hat:) I love the series and this film just left me wanting more! You gave a great review and didn't you love what the staff did? I also liked the fact that they brought out more for Thomas