Fact of the Day: The Real Iron Throne 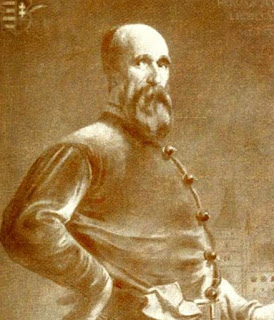 In what is now Hungary and Romania, a man named Gyorgy Dozsa led a peasants revolt against the nobility in the 16th century. He was captured and had a terrible doom along with many of his allies. He was personally put on a throne made of iron, with a crown made of the metal as well. The iron was heated to a high temperature, creating a very tortuous and fatal orderal for him.
Posted by Adam at 12:00 AM

Email ThisBlogThis!Share to TwitterShare to FacebookShare to Pinterest
Labels: fact of the day, Hungary, Romania

What you would call a hot bum. They were rather brutal in those days.
Maybe a similar ordeal could be arranged for Donald of Trumpville???
I would be only too pleased to do the deed.
Colin