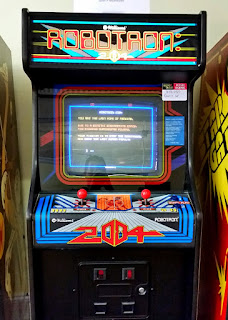 Like Joust, Robotron 2084 was another Williams game I played on a collection disk on PS1. I liked it more than Joust from what I remember. 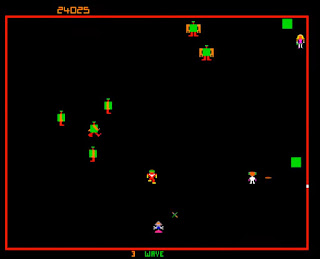 And that holds true again. The way it controls to blast all the colorful robots is pretty neat and it's unlike most video games from in its time and today. It's a shame it came out in 1982 when video games were still trying (and often failing), it would have been interesting to see this game done with better technology.
Posted by Adam at 12:00 PM

Boy, this sure brings back memories!