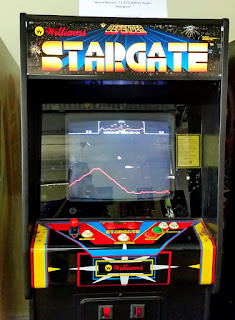 Like the other Williams game, I had played Defender on a classic disk on PS1. I had not realized I was playing the sequel, rather than the original here in Forest City NC's Carolina Arcade Museum. 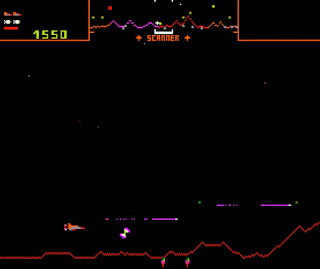 Because they look like the same game. This is Defender: Stargate. 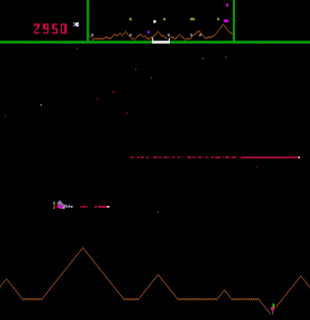 And here's the original. While both were kind of good for the early 1980's, I'm not very impressed by them anymore.
Posted by Adam at 12:00 PM

I never did play that game.