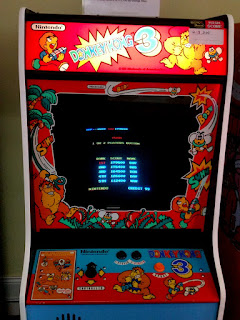 Here's one most gamers forgot at the Carolina Arcade Museum in Forest City, North Carolina. I'm speaking of Donkey Kong 3, the first Nintendo sequel nobody wanted. It was the first Donkey Kong game to not have Mario as a main character. Instead you play as Stanley the Bugman, whom apparently has no ties to Mario. 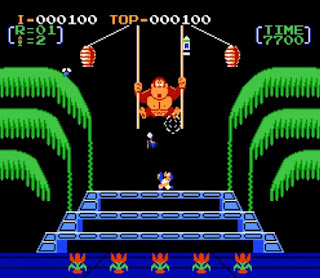 I actually spent some time with the NES version (above) years ago. It wasn't very good from what I remember. 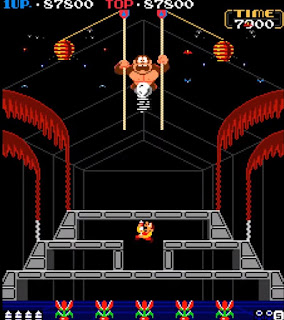 And due to the controls, I liked this version even worse. You fight Donkey Kong by spraying bug spray at him and the bugs. But the bugs will take you out pretty easy.
Posted by Adam at 12:00 PM

too bad about this version.

Mario probably changed careers. I heard he wanted to be an actor. It didn't pan out.