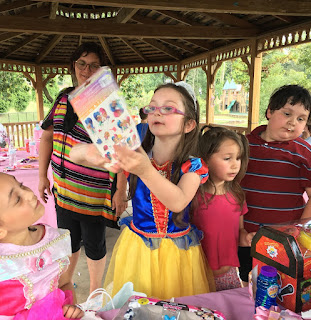 I missed out on this one (had to work) but my brother had both of his daughters have their birthday party at Cleveland Park in Spartanburg, with most of the party happening under the gazebo. Since Little CR is one now, it was more or less all Little K's event. This was also the first birthday party that Little K got to invite her friends from school, which is something I never got to do as a kid. 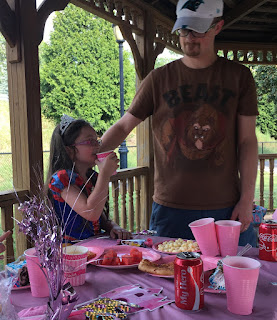 My mom said it was pretty hot outside, so it was miserable in many ways. But at least there was food. 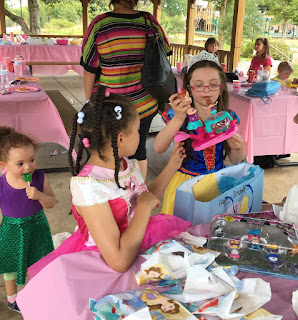 And plenty of presents! 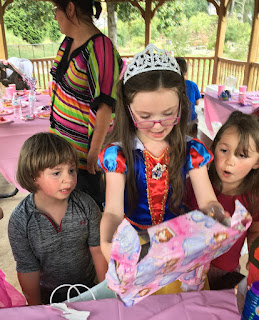 That was always my favorite thing as a kid. 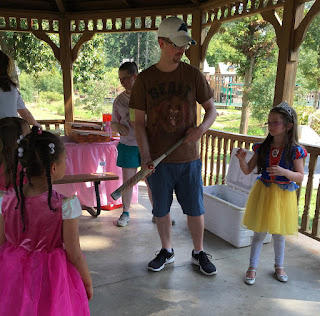 We never had a pinata when I was a kid, but Little K got her own. Probably her first, I think. 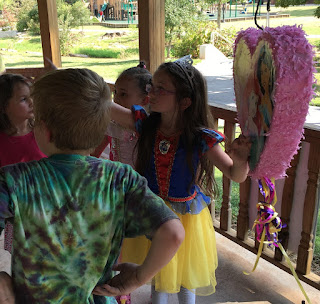 I'm assuming they let the girls hit the pinata first. It doesn't take long for a pinata to be obliterated once the oldest boy gets his turn to bat.
Posted by Adam at 12:00 PM

It looks like it was a nice party. Adam, we never had parties growing up. Un-heard of. Never had presents till we were grown. We survived anyways. LOL. Life gives out some tough lessons, doesn't it honey. Blessings to you and your sweet family, xoxo, Susie

Happy Birthday little K! We can probably look back into your blog to see photos of when she was a little one, I remember.

Wow, her parents went all out!

Looks like a fun time at the party!!
A late but Happy Birthday to Little K.

Aw! She's wearing a Snow White dress! It looks like Little K had lots of fun ~ Too bad it was so hot, but so good there was food and lots of pressies!