Right after Pac-Man, I jumped over to Ms. Pacman at the Carolina Arcade Museum in Forest City, North Carolina. This one actually does improve on the original, which is the reason why you see it more often at bowling alleys and pizza places versus the original. It actually wasn't really a Namco idea. 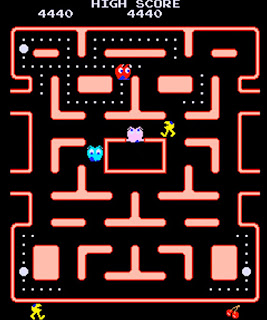 But some team had modified the original Pac-Man and called it Crazy Otto. It actually didn't stay in some kind of computer lab, as some very rare arcade units were made. But good luck if you actually ever could find one. 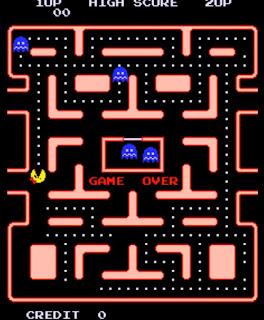 But luckily, the team behind it worked out an agreement with Midway (who worked with Namco to bring Pac-Man to the United States) to make the game officially as Ms. Pac-Man. That being said I didn't spend too much time with it here. I have played the game to death over the years. 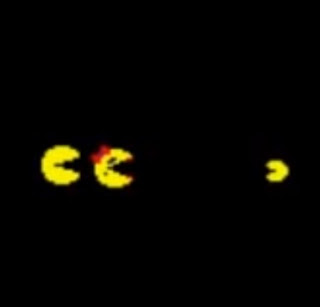 Not long enough to see Pac-Man Jr. be born, that's for sure. 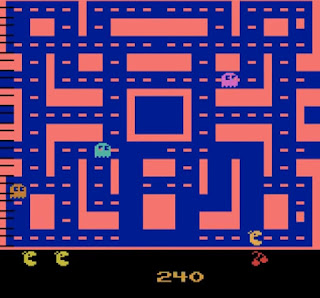 Like the original Pac-Man, Ms. Pac-Man saw a rather funky Atari 2600 version. I think Atari learned their mistake with the original game, and tried their best to make the game work on the limited power of the Atari 2600. 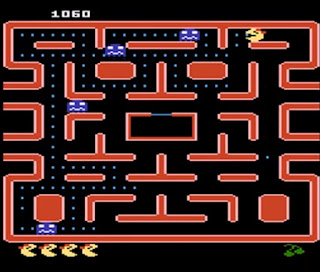 I will say, the Atari 5200 version doesn't look half bad. 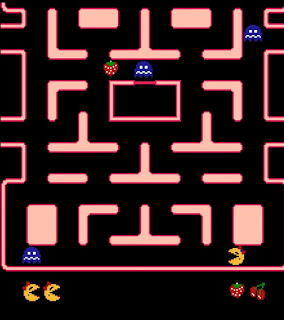 The game didn't official come out on NES, but Tengen made one for the system. The power is close to the original. but you don't see the screen all at once. 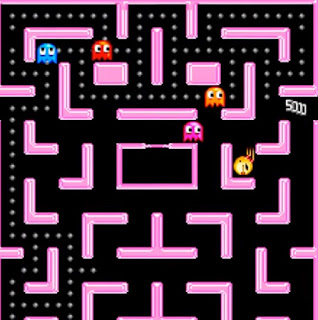 Same goes true for the Sega Genesis version which I played as a kid. I think a friend had it. We liked it, but I will say, it's inferior to the arcade original. Like the NES version, (Tengen made this one too) the lack of a full screen hurts it.
Posted by Adam at 12:00 PM

Ms Pac-Man is the one and only video arcade game that I have ever played. In 1982 at a pub at the University of Manitoba.

I was just having a blast playing Ms. Pac-Man in Vegas at the Pinball Hall of Fame. You would love this place, Adam!!!