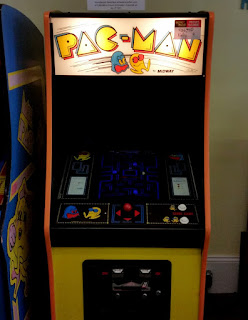 Pac-Man is arguably the most popular video game of all time. It was inspired by a pizza pie missing one slice and became a worldwide hit. Namco partnered with Midway for the American release. I didn't spend much time with it at the Carolina Arcade Museum in Forest City, North Carolina. 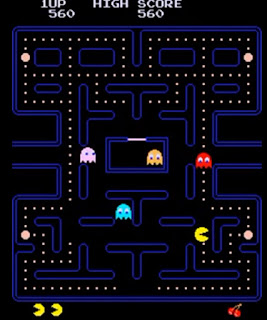 Because let's be honest, who hasn't play this one less than five billion times? It is a masterpiece of game, especially for 1980. I will admit that. 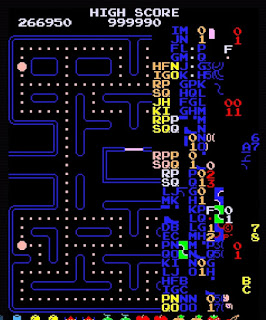 Not many people know this but on level 256, you can't get past it. The game hits a glitch and half of the screen is in a jumbled mess. Though not many gamers would ever make it here. 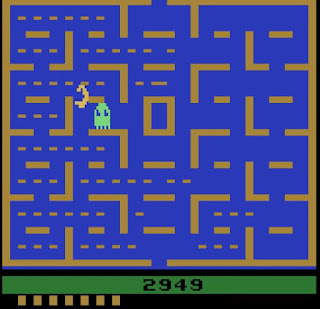 But Pac-Man stayed ahead of its time past the console versions. One of the reasons the video game industry crashed in the early 1980's is because arcade games were getting horrid Atari 2600 ports. The system was so under-powered, and this was the horrid excuse people got. 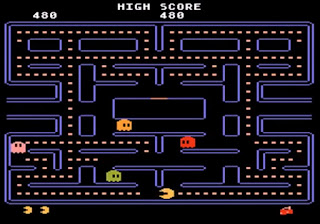 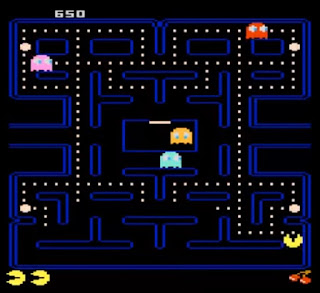 And it got really close on the Atari 7800 (above), NES, and Sega Master System. 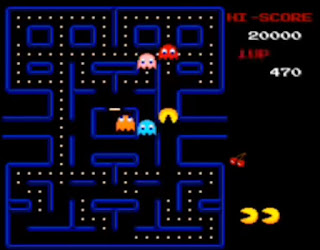 It was only until the 16-bit era, where Pac-Man technology (like the Super Nintendo version above) surpassed the arcade original in sheer power.
Posted by Adam at 12:00 PM

I've played my fair share of the game! Didn't have to worry about getting to level 256 though! : )