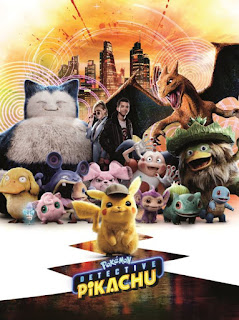 When I was ten years old, I didn't know much about the newest video games until at least a few months later. But one day after a baseball game, my teammates were playing Pokemon Red/Blue on their Game Boys. The game looked so much fun and I had to get it. Now over twenty years later, I still consider myself a Poke-fan. I saw the trailer for Pokemon Detective Pikachu several times last year and this year, but I ended up missing it when it came out to theaters. I had to wait on the library reserve list to get to me, but I finally got a chance to see it on Blu-Ray. They actually based most of the film's plot on the 3DS game of the same name, which I didn't get to play. 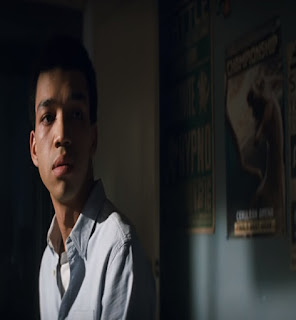 The film's main hero is Tim Goodman, a regular young man who lives in a world of Pokemon. Except his dreams of being a pokemon trainer were crushed many years ago, but the memories are still there. He is semi-estranged from his dad,  Harry Goodman, but he is concerned when the police tell him that his father had died. At least probably, there was a car crash, but no body was ever recovered. 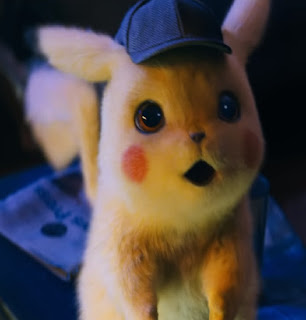 Tim Goodman finds a strange pikachu wearing a detective hat one day. While most pikachus say "pika pika" Tim can hear this one in plain English. Though every other human only hears "pika pika" when he speaks. Pikachu offers his detective skills to help Tim find his father, but it won't' be an easy quest. 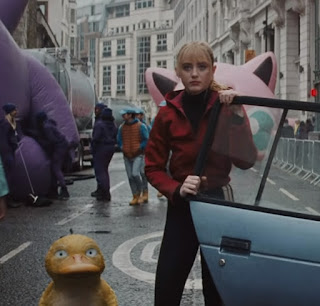 They will have some help. There's a young woman named Lucy Stevens, who is a lowly intern at a news company. She knows of some clues about a mysterious pokemon named Mewtwo and a strange incident involving a odd purple gas that makes pokemon go crazy. It soon becomes clear that Tim isn't just going to need to save his dad, but the world they as they know it too. If only Pikachu was a little smarter and Lucy's psyduck actually helped at all. 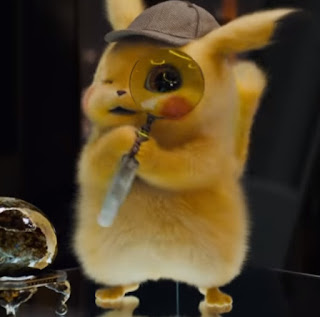 It took me awhile to realize it, but this film is Nintendo's first movie that was Hollywood-backed since the original Super Mario Bros. film. While the Mario movie was terrible and most of the video game movies that came after weren't too good either, Detective Pikachu actually is pretty good. Though people who aren't fans of the series will probably dislike it. Ryan Reynolds helped save the movie as his humor really is funny and carries the plot. The story isn't the greatest in my opinion, as when you based the entire plot on a video game alone for a major movie, you're going to need a lot of metaphorical shine and polish.

Yeah, it was okay, but meh for the most part.

Better than I thought it was going to be, honestly.

I played Pokemon Blue on my yellow Gameboy. I still have both. :) The movie was OK...