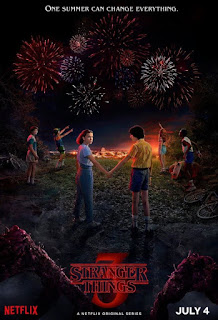 One of Netflix's best ideas was to make the show Stranger Things. Like another favorite of mine, Game of Thrones, the team behind the show took a year hiatus to make another season. The new season came out in July, but it took me until now to finish it. I will say, it certainly is the most unique season out of the three so far. 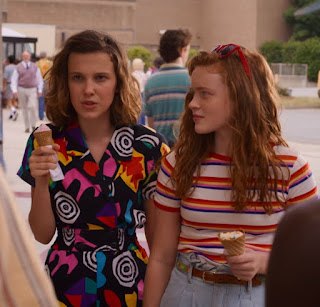 We're going to presume it's been 2 years since the events of the last season. Our favorite hero, Eleven has a full head of hair now. She's also been dating Mike Wheeler, and they've been mostly happy so far. That's until Eleven's adopted father Jim Hopper gets sick of the two of them in love, and he wants to try to sabotage their relationship. 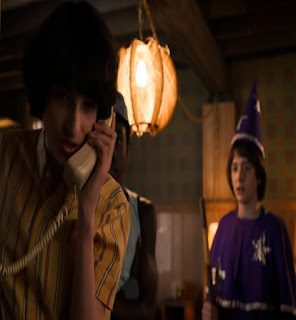 Which he is somewhat successful at doing. Which only brings joy to Will Byers, who seems to be the only member of the group of friends to only care about Dungeons and Dragons, rather than getting a girlfriend. Steve Harrington got a new job at an ice cream place at the mall, but him and Dustin (along with his co-worker Robin) start to notice there's something underneath the new mall that nobody knows about. 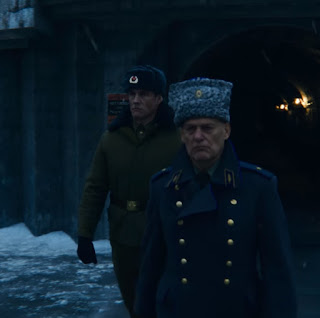 The Soviets however have a new base in Hawkins, Indiana, and they are obviously doing top-secret science stuff that involves a big portal trying to get into the realm of the Upside Down for whatever reason that is. They have plenty of guards protecting their experiment, but when the evil Mind Flayer has a monstrous new body in the new world along with an army of mind-slaves, stopping the Russians will be the only hope in saving the city. 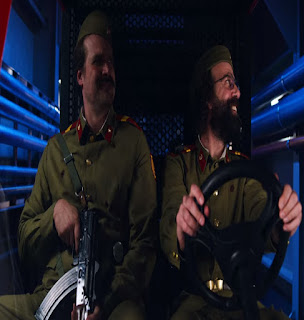 Overall the third season of Stranger Things is my least favorite of the whole series, but it's still pretty good. It's more of a fun season, and lacks most of the horror and mystery elements of the first two. There is a major death at the end (I'm not saying who) and it just didn't feel timely or right. so I'm not too happy about that. I just hope they don't take another yearly break to give us another season, though it wouldn't shock me.

I am watching this series right now....it is really strange but so good. I didn't read all your post as I don't want to know what happens later on in the series.
Hope you and Daisy are doing good.

I am sure they are!!!
Your absence of comment made my life far more enjoyable.
For a while I thought Turnip Top may have invited you as an advisor on receptions decor etc etc. ha ha!
Colin