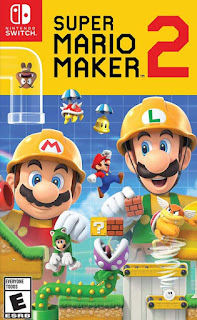 Super Mario Maker 2 is a sequel to a WiiU favorite of many. I sadly missed out on the original Super Mario Maker when I had a WiiU. I was somewhat excited for this sequel to hit the Nintendo Switch. Though I did see many fans online that were upset that the game had some questionable online modes, such as not being able to complete stages with friends, only random people. I never really cared about those kind of things, but what did I think of the game overall? 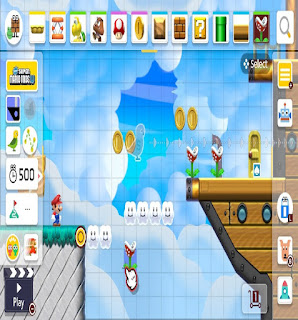 The game is a game, but not really a game. It's more about making levels and having fun with them. But when your creative and artistic well is near to bone dry, I had no interest in creating my own levels. First of all, I'd probably be the only person playing them. And I would also know what was in the in the levels, and where's the fun in that? I let my Little Brother (I volunteer for the Big Brothers Big Sisters program) Mr. B create some, and he got bored of that pretty quickly after creating some monsterity of a level or two. It actually is a pretty neat little setup, but it's a bit overwhelming for me and too much work overall. 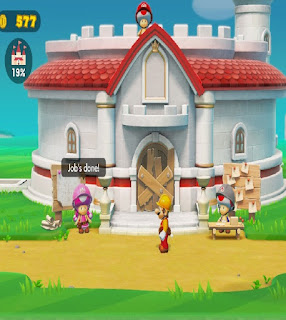 There is a story mode and Nintendo-crafted levels. You complete many of these levels to get enough Mario-land coins to rebuild a castle, and it's not simple real-estate. So for once, Mario is doing work for little reason, and there's not any romantic motivation. His rival Bowser isn't really there, and Princess Peach is safe at home. Since the levels can be based on almost any type of 2D Mario game, they do seem to be all over the place. 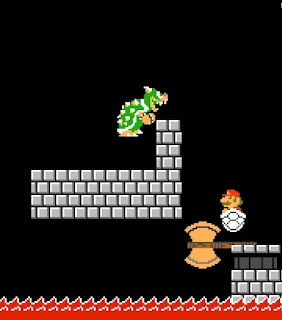 So you can play and create levels based on Super Mario Bros (NES). Super Mario Bros. 3 (NES), Super Mario World (SNES), New Super Mario Bros. U (WiiU), and Super Mario 3D World (WiiU). But the last one is just the cat Mario thing, there's nothing 3D about these levels. You can also find a bunch of fan-made levels on the hub, and they're pretty easy to download. Some levels are easy, some are difficult, and some of the worst designs I could imagine. 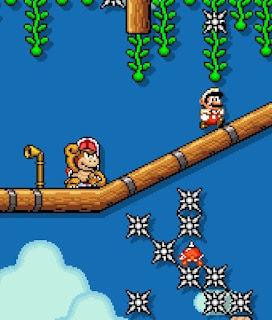 At the end of the day, I wasn't very impressed with Super Mario Maker 2. If I had actually liked the whole creating idea, I'd be more on board, but I'm not. I do like how creative some these Nintendo and fan-made levels are, but many of the fans ones are pure and utter trash. It's just like how "anyone" can make a online book; you get a good number of talented people with a medium that can't turn them down. But they're in a sea of countless wannabe losers who are just wasting everyone's time. I wish I could have loved this, but it's not on my list of best Mario spin-off games. It is one of the games that have let me down the most on the Nintendo Switch.