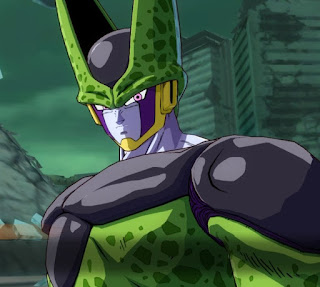 Cell was one of the greatest villains in the series, and he shows up for Dragon Ball FighterZ. While he's overshadowed by Frieza, he's still notable in the game. 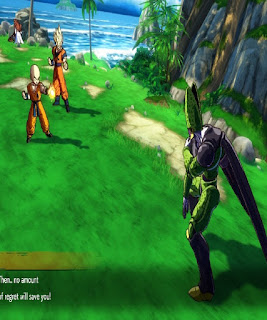 In the story, he is revived for mysterious reasons by Android 21 using the Namekian dragon balls. It doesn't take Cell long to fight both her and the Z warriors. 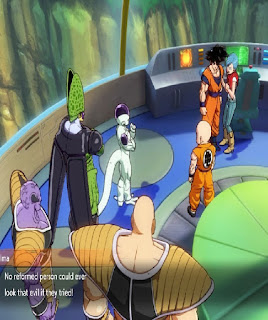 But in one version of the story, Cell and the rest of the bad guys team up with the Z fighters to take on Android 21. 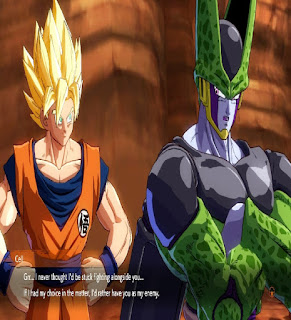 But you do still get to see the tension between him and people like Goku and Gohan. He's still bitter after all these years. 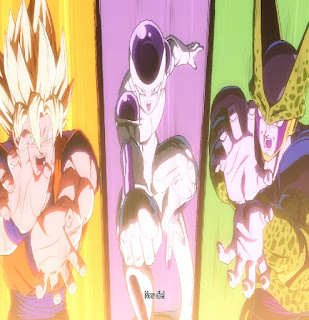 But in one version, he destroys Android 21 and in another, he's turned into candy and eaten for the energy. Oops. 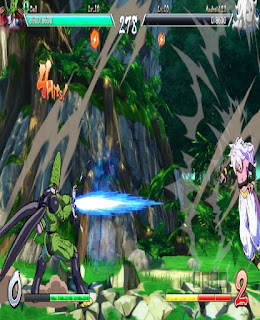 Cell is a decent fighter both in the story and against human opponents. 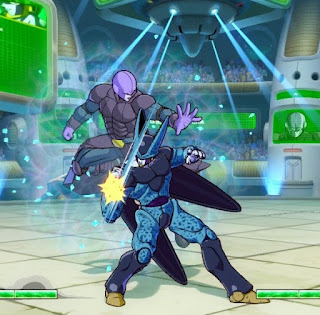 I was surprised his moves are more based on physical combat rather than ki blasts. But he certainly is a good character to use but not the best.
Posted by Adam at 11:30 PM