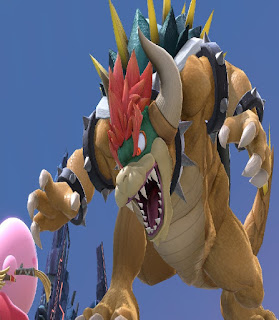 While he first appeared as a boss in Melee, he finally returns as a boss (instead of just Bowser's Final Smash form) for Ultimate. He is in World of Light (where any character can fight him) and few select fighters can battle him in classic mode. 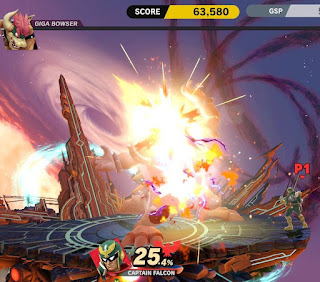 But unlike the final smash versions you're used to, Giga Bowser is able to be hurt and countered as a boss. So he's basically a super-large version of Bowser without the agility. 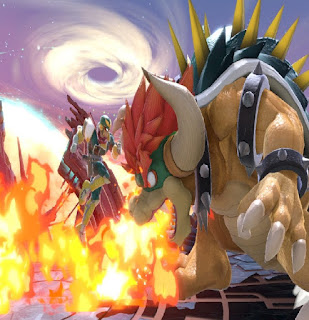 But I was glad to be able to fight him. I never really got the chance in Melee, as in the early 2000's, I didn't know about him until much later, and I certainly never knew the conditions on how to trigger the secret boss event.
Posted by Adam at 11:30 PM