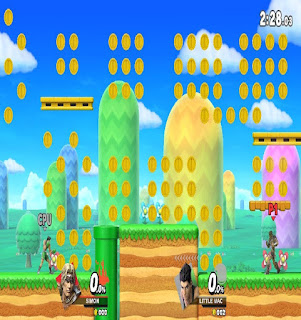 While I don't love this stage, I don't hate it either. It's based on New Super Mario Bros. 2 (3DS) and the first world of the game. The stage was originally on Smash 4 on 3DS (not WiiU) and it was remade for Ultimate. 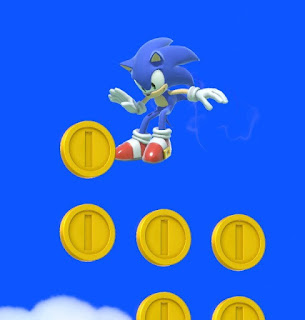 New Super Mario Bros. 2 had a the gimmick of collecting gold coins. So it becomes the main theme for the stage. 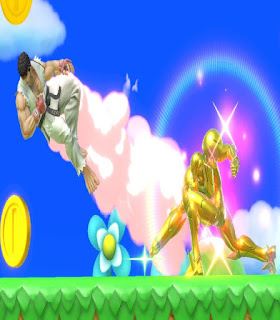 Once you get one hundred of them, you turn gold and you get a decent increase of offense and defensive stats. 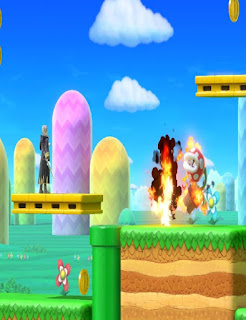 But the coins often get the way of my view, so I'm not the big fan of that. But I don't cringe if the stage shows up to be fought on.
Posted by Adam at 11:30 PM