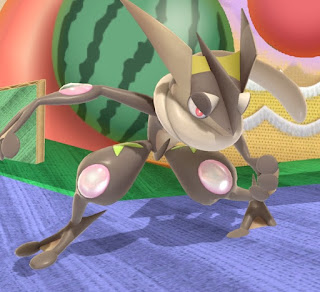 Greninja was around for Smash 4, and he originated in the Pokemon series. In Pokemon X/Y (3DS) he was the final evolution of the water starter Froakie. I actually chose the fire starter for those games, so I don't really remember Greninja in the games itself. 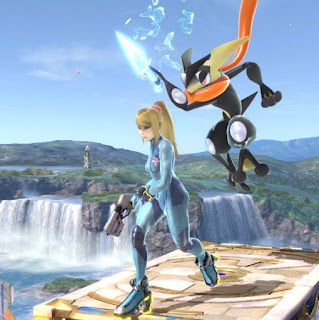 Greninja is like a ninja frog, so many of his weapons are water-elemental forms of classic ninja weapons. He's certainly one of the most unique fighters in Smash. 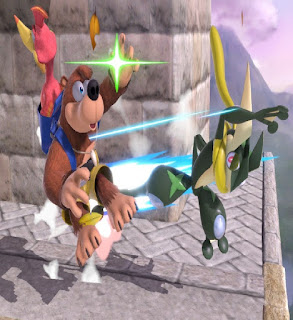 His best move is his surprise ninja kick. You create a shadow in the direction you want, and Greninja will usually land a successful kick. And it packs quite a punch too. He also has a decent counter move, but a bit more ninja than the Fire Emblem cast. 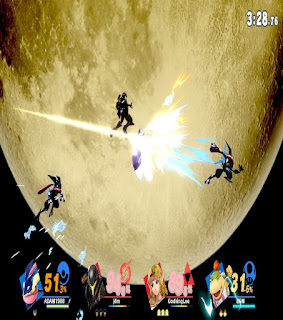 His final smash had him using ninja clones to defeat a player(s) under the moon. It's an okay final smash, but it's easy to miss with it. 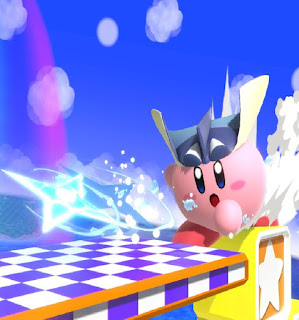 When Kirby takes Greninja's ability, he gets the water ninja stars. For both Kirby and Greninja, it's a decent power. Very useful in group matches where things are so chaotic that people might not see the attack coming. 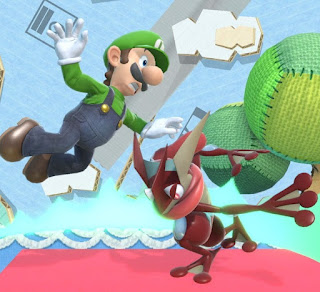 I thought Greninja was about in the middle of the roster of Smash Ultimate. He's not the best, and he's not the worst. He's got great speed and dodging, but his power is a bit lacking. I had decent success online, but I've made more failures than I wanted.
Posted by Adam at 11:30 PM