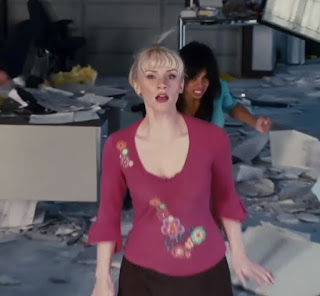 I thought Gwen Stacy was a rather odd character to mix into Spider-Man 3. In the comics, she was Peter Parker's first major girlfriend, and her death shattered him greatly. In this one, the two had never really met before. 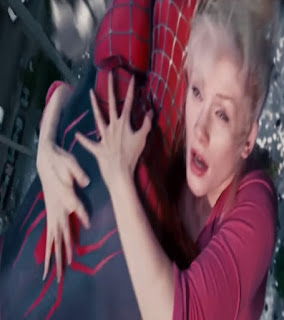 But she becomes Spider-Man's "biggest fan" when he saves her life. 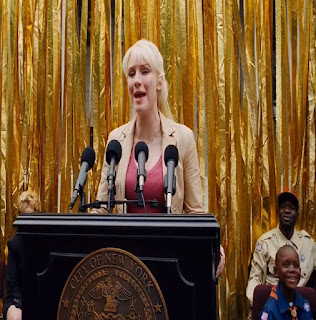 And as the daughter of a powerful NYC police captain, she turns Spider-Man image into a popular hero, beloved by everyone except J. Jonah Jameson. 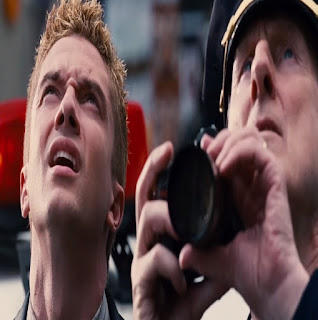 I also forgot she was dating the douchebag, Eddie Brock. 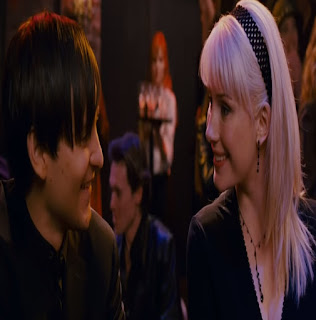 And she dumps him and falls for the emo Peter Parker. Her taste in men was trash, though she did break things off with Peter after he got too evil due to the Venom symbiote causing him to be darker than usual. 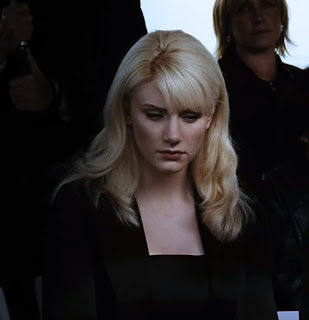 And unlike most versions of Gwen, she is alive at the very end. I liked Emma Stone's version of the character much more. While Bryce Dallas Howard is prettier, her incarnation suffered from poor plot choices and an awkward placement in the story.
Posted by Adam at 11:30 PM

It's interesting how they rearrange things in those Spider-Man movies. In the comic book, Eddie Brock makes his debut many, many years after Gwen died (though there's always a chance he could date one of her many clones.)