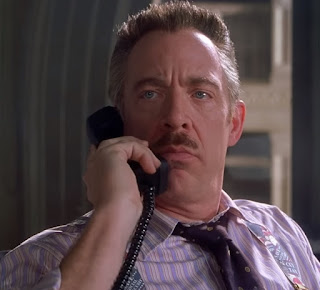 J.K. Simmons nailed this role so good that I don't think Marc Webb wanted to try to touch it in the next era of films. 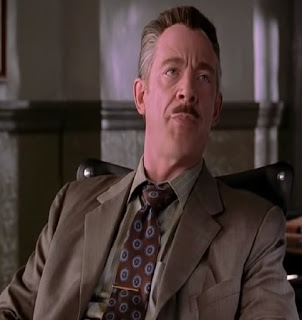 He's exactly what I remember from the comics/cartoons. He's a vain owner of the Daily Bugle, a NYC newspaper that somehow has some kind of journalistic standards.  But he uses it mainly to bash Spider-Man. 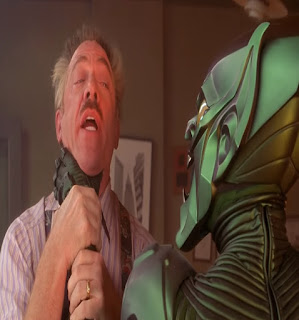 Despite all his flaws, JJ had the chance to save his own skin from the Green Goblin, just by naming Peter Parker as the Spider-Man photographer. But he refused to do so. Luckily Spider-Man came in time to save him. 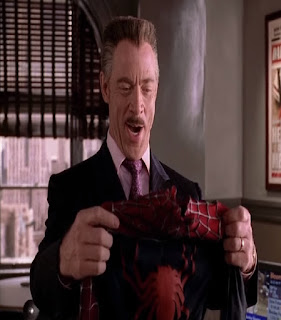 I thought it was neat he got his hands on Spider-Man's costume in the 2nd film. 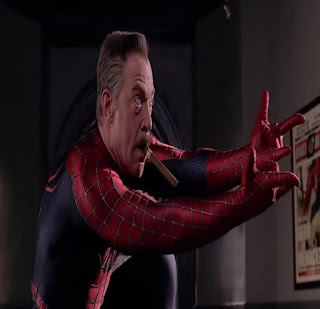 I think Raimi made a mistake by cutting this scene from the theatrical version. 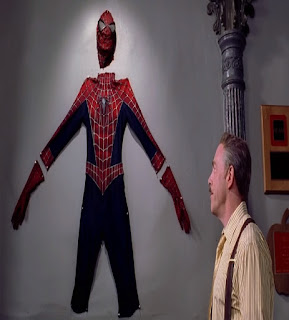 It would explain why he was so angry when the web slinger took back his costume. He still wanted to play pretend. 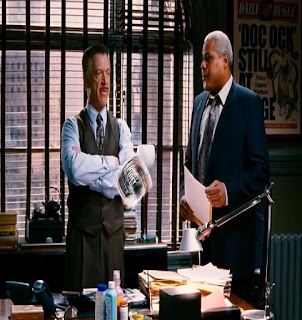 I don't remember much about him in the 3rd film, but he still stayed the same cheesy jerk he's always been.
Posted by Adam at 11:30 PM

He was indeed perfect in this role!

J. Jonah Jameson was the first arguably (and there's a lot to argue there as he occasionally goes beyond mere editorializing in his quest to destroy Spider-Man) non-villainous Marvel character not to take a positive view of superheroes, one of the factors that a generation ago helped differentiate the Marvel from the DC universe. As such, he's a very, very important character, and needs an actor to play him well. Fortunately, one was found.