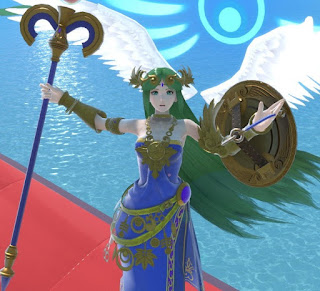 Palutena might have seemed like an odd choice for Smash 4, but the series creator also made Kid Icarus: Uprising which helped modernize her character. She returns for Smash Ultimate, and she's one of my favorites. In the Kid Icarus games, she's the goddess of light and Pit's boss of sorts...kind of. 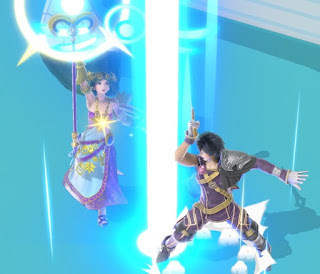 Palutena is one of the most powerful fighters in the game. Her energy-based attacks pack a powerful hit. Though I will say, her close quarters moves don't' help her much. If you want to defeat Lady Palutena, don't give her any range. 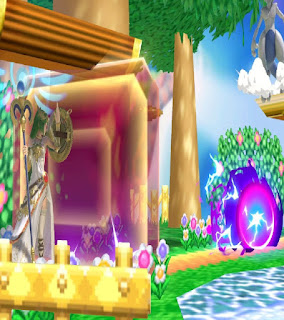 She's really good at draining your health down from afar. Her counter is one of the best in the game. Like the Fire Emblem fighters, she can counter any smash attack. And like the Star Fox crew, she can send energy-based attacks right back in the other direction. 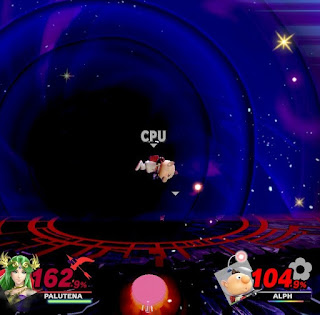 Her Final Smash is my favorite. First she summons a black hole from space and it traps opponents for a time being. 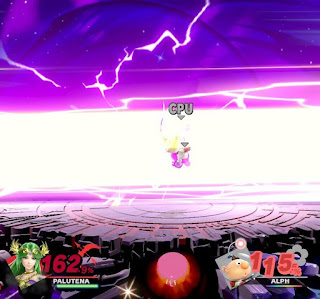 Then they're hit with a super laser beam. 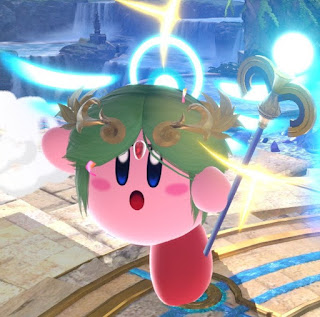 When Kirby takes her powers, he gets the ability to shoot lasers out of a staff. For both Kirby and Palutena, it's a good special move. It can easily miss, but when timed right, it will help you out greatly in battle. 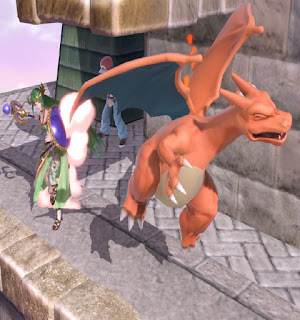 I would say Palutena would be in my top five fighters. Now I really want to see another Kid Icarus game so she isn't just stuck in the Super Smash Bros. series anymore.
Posted by Adam at 11:30 PM