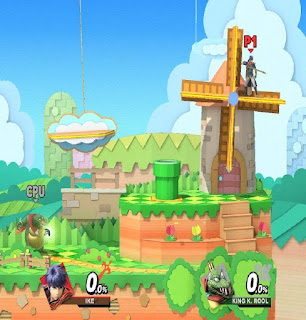 This was one was new to me, as it was only in Smash 4 on 3DS (I had it on WiiU) but I do like it. It's based more on Paper Mario: Sticker Star than any other of the other games in the spinoff RPG series. While I missed that 3DS Paper Mario game, I can see the Paper Mario style easily. You first fight near a windmill. 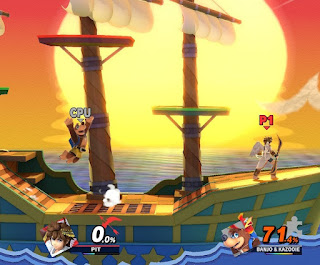 Then you take the battle on a giant ship sailing in a paper ocean. 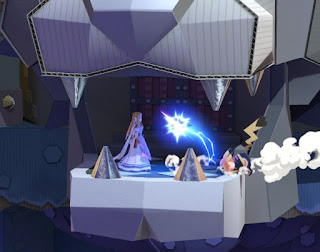 And finally near a Bowser dungeon. This finale of the stage can see some tense battles. I actually seem to do better here than most I fight against. 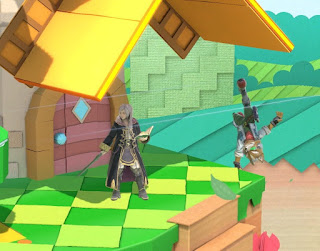 While it's far from my favorite stage, it's one of the better of the post-Brawl stages.
Posted by Adam at 11:30 PM