Things I Like: Rosalina and Luma (Super Smash Bros. Ultimate) 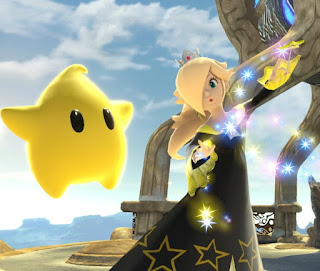 Rosalina and her pal Luma were originally in Super Mario Galaxy. I wasn't shocked when they showed up for Smash 4 and returned for Ultimate. 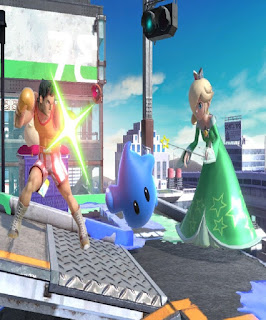 I will say Rosalina & Luma are certainly one of the weaker sets of characters. She has a great dodge and jumps, but her powers are really weak. If even you are skilled using the Luma. 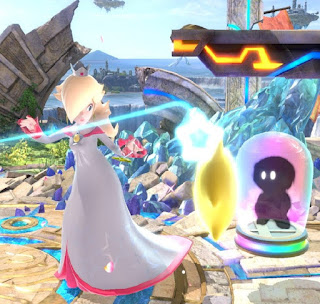 She does well in team battles and where items are present. Her saving grace is gravitational pull which can bring items in her grasp that are nearby. 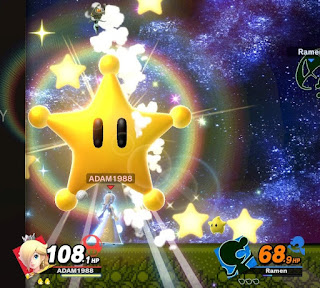 Her Final Smash, Grand Star is rather lame. It's a big star that increases in size. Most of the people I faced online would easily dodge it. 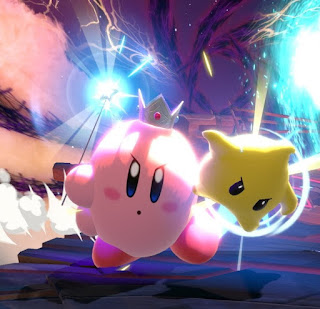 When Kirby takes her power, he gets his own Luma and a royal crown. His luma only stays for an attack, he won't float forever like Rosalina's star buddy. 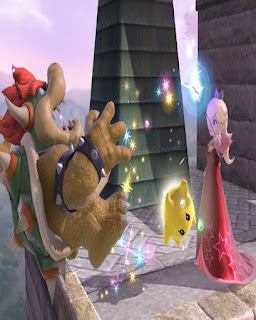 Luckily she does do better with item matches and team battles, so I liked using her there. But on small flat stages with no items, she'll lose in a heartbeat. I really doubt anyone ever uses her at those official tournaments.
Posted by Adam at 11:30 PM