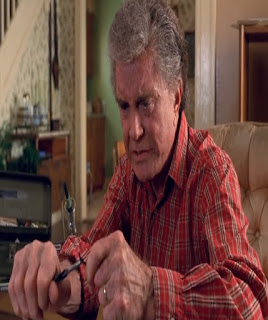 Like the comics, Uncle Ben isn't around for long, but he has a long lasting impact for the future of Peter Parker/Spider-Man. I really loved this incarnation of the character. He's such a fountain of wisdom and positivity. 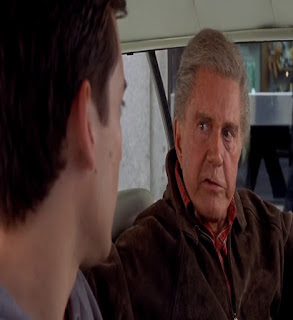 I always feel sad when Peter reminds him that he "isn't' his father." But I think Peter redeems himself when he tells the Green Goblin that he had a father, and his name was Ben Parker. 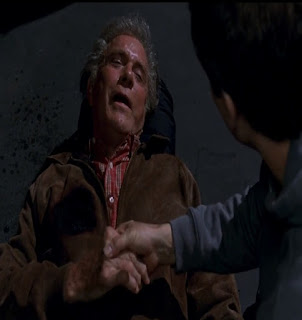 Like all stories of Spider-Man, Ben Parker is slain by a gunman right as Peter Parker becomes Spider-Man. They try to make it be Sandman in the third movie, but I reject that line.
Posted by Adam at 11:30 PM

Uncle Ben was played by Cliff Robertson, who won an Oscar waaaay back in 1968 for playing a character named Charly.