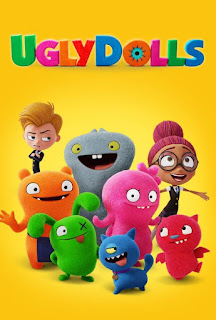 I had no idea this movie even existed until recently. I always try to see movies when they're new. And my local library had a decent wait for the Blu-Ray which I took as a good sign. But I honestly had no idea what the movie was even about. And the cover didn't really excite me either. Looked rather bland, generic, and boring. But was I wrong, or were my fears about the movie right? Let's see... 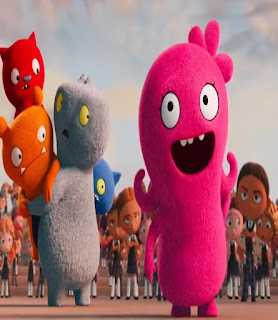 The movie is about a town of "ugly dolls" who live in a town unironically (and terribly) called Uglyville. If being ugly in a town proud of it isn't insulting enough, one of the ladies there, Moxy has big dreams. She thinks there is a "big world" out there, and that one day, maybe just maybe, she'll be "chosen" for a special child who'd want her. 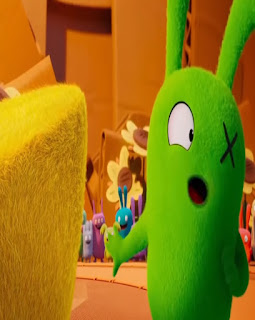 But the town's mayor, Ox tells Moxy that their world is small and anything else is merely a myth. While Moxy isn't unhappy in the town, she really wants to branch out and at least try to see if their tiny world is part of a bigger universe. Luckily she has the help of her friends to confirm or deny what she's been thinking about. 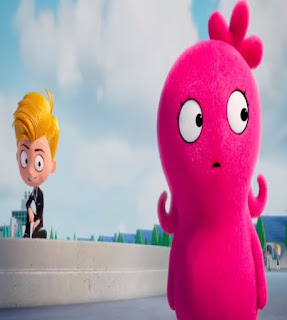 And sure enough, she's right. But it's not easy to get to the "big world." They meet a town full of "pretty dolls" and its leader Lou, isn't a nice guy. All of the dolls on his side are "perfect" while Moxy and her kind are apparently suitable for a dumpster. There's a competition among the two worlds, but can Moxy and her band of underdogs win the day? 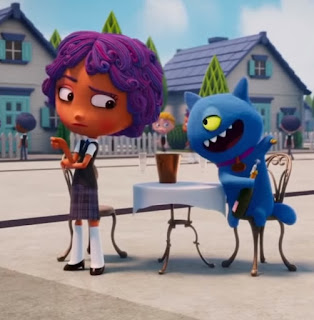 Honestly, UglyDolls is a terrible mistake of a film. This is more for the younger kids who like bright colors and stupid jokes. It isn't really dumbed down in the Blue Clues kind of way, the plot is pretty standard quo in form as a Pixar film, but without any of the good writing, characters, directing, or humor of those films. Even its musical numbers were rather meh. I know the internet community hated the Emoji movie, but that film is far and above this garbage.

Wait... The Emoji movie is far and above this garbage? Unbelievable. Thanks for the warning, Adam.

We have this in our Netflix queue so I skipped over your review. Not quick enough to see your rating.

Never heard of it, but if I see it on Netflix, I won't add it to my queue.