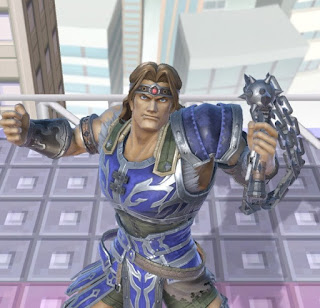 I suppose it was only a matter of time before Konami's Simon Belmont from Castlevania made it into Super Smash Bros. He was the original Belmont who fought Count Dracula on many occasions. Then more games came out and it seems Simon had many ancestors like Trevor Belmont who had dealt with the vampire lord for a long time. 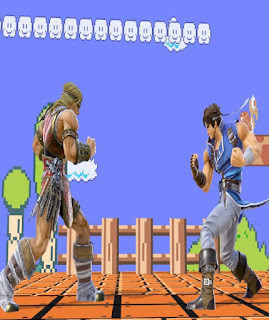 Speaking of Belmonts, his descendant Richter Belmont is his echo fighter. In the game's canon, Richter is probably his great-grandson, so Simon most likely passed before Richter was even born. But his legacy lived on through him. 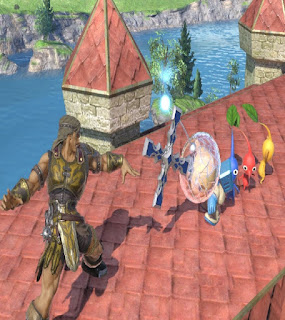 His moves are pretty true to his game. The cross is a pretty good special move. 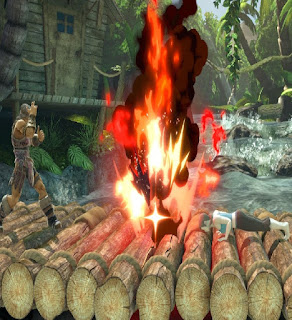 I had less luck out of the holy water, While fun to use, it's pretty easy to miss. 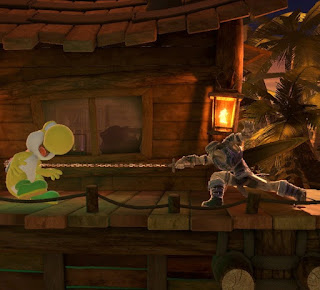 One of the best things about him is the range of his smash attacks. He uses his whip mostly for those and he can get players from somewhat far away. But his charge and recover after missing isn't the greatest. 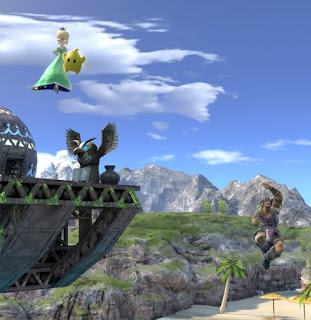 He also has a poor fall recover. If you knock Simon back too far, he might not make it back. 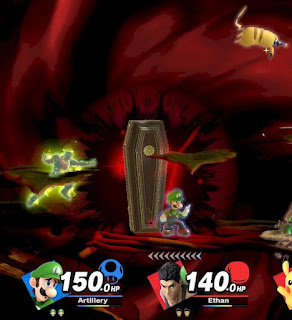 His final smash isn't the greatest as it's easy to miss. 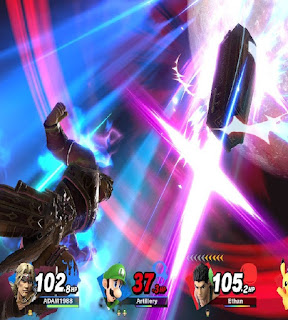 But if he catches an opponent then they'll be put into Dracula's coffin and Simon will use some powerful magic to hurt them a lot. 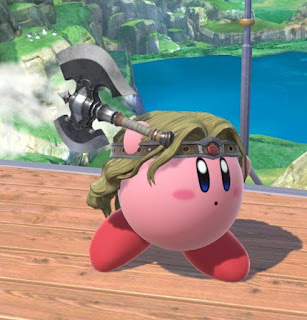 When Kirby takes his power, he gets the throwing axe. While powerful, it's pretty easy to miss. I also found that many opponents easily dodged it and then got a good counter move on me. 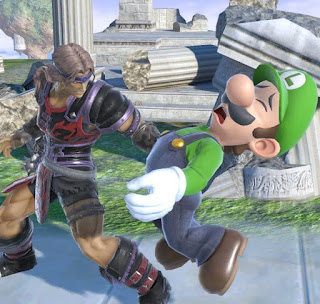 But overall I liked him a lot as a fighter. I just wished his art-style in the game was more of the Japanese-inspired art (like he was in Castlevania Chronicles on PS1) instead of a much more western-art style appearance.
Posted by Adam at 11:00 PM

Ah ha! methinks this is a modern day Trump in action.
The hearings in Washington are seemingly VERY unnerving to a peach coloured "pimp" of a creature.
He soon will have to start blaming his wife for all that is going on.
After all she is from the old Soviet block?????????
Is she the "whistle blower"???
Stay tuned for the next Oval Office outburst.

PS: Where oh where are the Dear Old Texan Dowagers, "DJ of Sassyville and LV of some other ill informed Texan outpost ........gone to the "white sheets" in the Sky??? I would have sent a wreath of "poison ivy" if I had been informed.