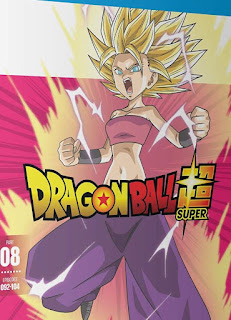 My wife and I have been making our way to finish Dragon Ball Super as the English-dub finished not long ago. Our library already had Part 8 which officially starts the Tournament of Power though there are episodes which lead up to grand tournament of survival. 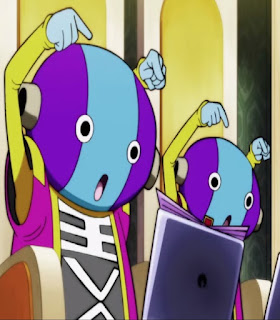 The hours are getting shorter and shorter for all the universes to select their teams. Goku has already gotten most of his team ready, with almost everyone was already on Earth, to Beerus's annoyance. While most members are obvious, team-mates like Android 17 and Android 18 will be a much tougher challenge to recruit as Goku isn't ready to tell them the truth stakes of the game. When Majin Buu goes into a long-term nap, Goku will have to call upon someone he never hoped to see again. 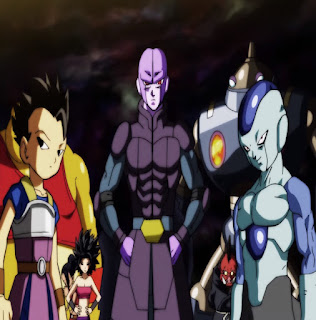 Once the Tournament of Power starts, most universes look pretty tough. Champa has made his Universe 6 team even more formidable than during the silly little tournament between Gods of Destruction.  Which is mainly due to Cabba bringing along two female saiyans. Caulifla is an obvious power-house, but her "friend" Kale has deep hidden strength that makes her saiyan kin look like weaklings in comparison. 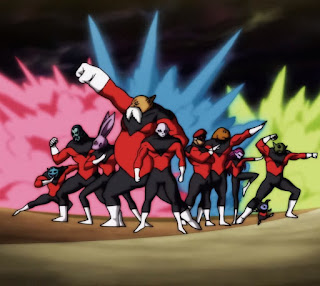 But who everyone needs to worry about is Team Universe 11. Most of its members are strong enough on their own, but their captain is on par with Goku. And the other "leader" Jiren is even stronger than Universe 11's God of Destruction, and the clown-god is actually stronger than Lord Beerus. With all the universes mad at Goku for giving Zeno the idea (as they and their whole universe will be erased from reality if they lose) does Universe 7 even stand a chance? 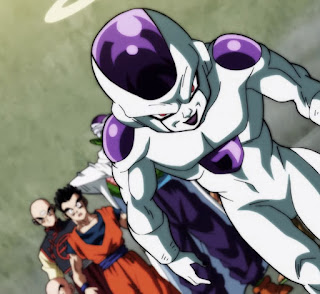 Overall Dragon Ball Super's Part 8 is good but not great. There's still the standard filler but some good fights. The tournament of power is longer than I expected (though in the story, it's not even one Earth-hour long) so we still have some ways to go. My wife Daisy has been happy with it, so will be seeing Part 9 soon enough.