Fact of the Day: Alice Perrers 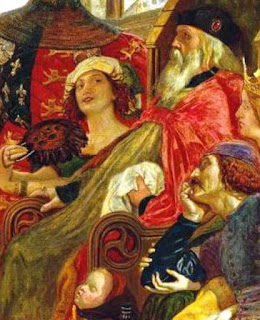 Among English monarchs, Edward III was among the most faithful to his own wife. Though his loyalty to his wife broke by at least when she was in her fifties. He took one of her ladies-in-waiting as his lover and after the Queen's death, Alice's status grew more powerful and it ended up making her extremely wealthy. She even gave the King three illegitimate children. But her luck ran little after the King's death, as most of the upper-class despised her, for obvious reasons. She was banished and lost a lot of her wealth, but she eventually returned to England and regained some of her losses.
Posted by Adam at 12:00 AM

I had not heard of her before -- interesting!

The personal lives of the royalty is truly quite entertaining:P

Must have been something to be alive back then.