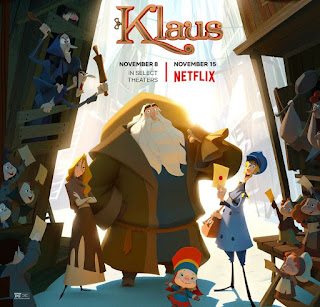 I heard about Klaus in either November or October as Netflix suggested it to me before it came out. It is a Netflix Original movie and now that they're "at war" with Disney+, a good Christmas classic is something they need. I haven't seen many Christmas movies in the recent batch of years, so I really wanted to give this one a try. 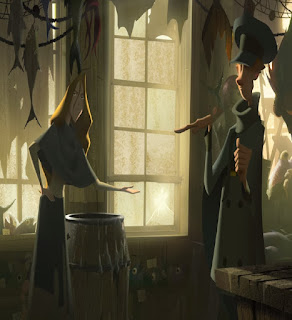 The movie is mainly about Jesper Johansson, a privileged man-baby in what appears to be a 19th century Scandinavia. His father is the sole owner of the country's postal service, and while he tried to get his son to do "real work", it becomes obvious that he isn't trying. So he sends him to the remote island of Smeerenburg to make a postal office running. He has a short time frame to do so, or lose all of his status and inheritance. He finds the town so dystopian that he gives up hope on meeting his father's rather bold quota. 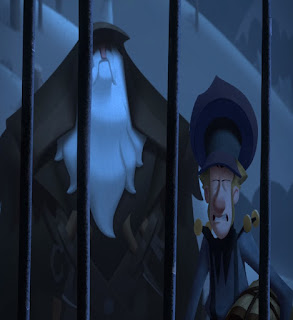 Before he calls it quits for good like a loser, he runs into a tall woodsman named Klaus. He lives even further away than the townspeople, but Jesper soon thinks that Klaus wants to take him out with a strong axe. Turns out that Klaus is a kind soul underneath all the muscle. He gets Jesper to deliver one of his many toys to a needy child. 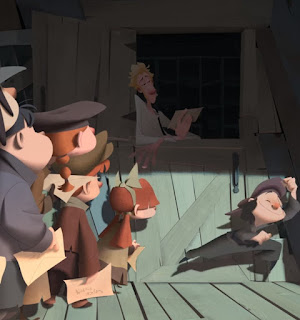 Soon enough all the children in town hear about it. Jesper makes them give out requests to Klaus via letters, helping his ultimate goal of leaving the island forever. But it won't be all easy, once the whole town asks for even one thing each, the more challenging the task becomes. Because not only is Jesper taking letters, he's helping Klaus like an "elf" of sorts. Will this be the best Christmas ever for the small town or will it be dark and gloomy forever? 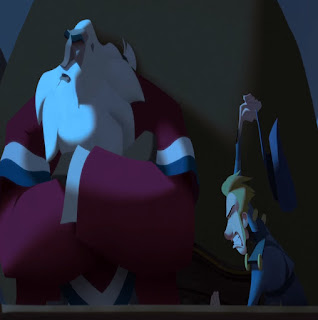 Overall this new movie Klaus was a wonderful film. I don't think it will become a "Christmas classic" to rival Elf, Rudolph the Red-Nosed Reindeer, or Frosty the Snowman, but it sure is a fantastic Christmas film. I'm sure it won't fade away in a year or two, like so many Christmas failures in the past. I really don't think we'll see a sequel (not that it needs one) but Netflix did well here.

Wow., your review was excellent. I hope it moves into an almost classic zone.

Might be ok movie.
Haven't seen any Christmas ones at yet, haven't got with it :)

The story is sweet. I'm putting it on my list to see.