Things I Hate: King George/Albert Spencer (Once Upon a Time) 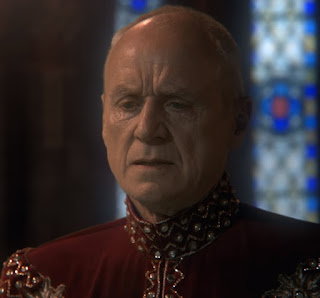 I wasn't the biggest fan of King George in Once Upon a Time. He's just too unlikable, even for a bad guy. 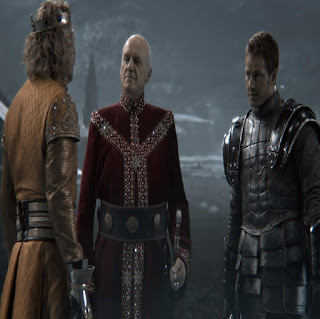 We see more of him in the past scenes. He's a king of a somewhat poor but powerful kingdom. He couldn't be more proud of his son, Prince James. 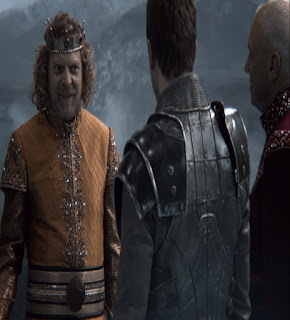 So they strike a deal with King Midas for more gold in exchange for the slaying of a terrible dragon. But Prince James is killed on surprise by a man whom James was thought to have beaten in combat. 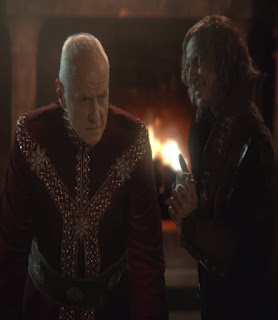 Turns out James was adopted, Rumplestiltskin arranged the deal and took one of the twin brothers. 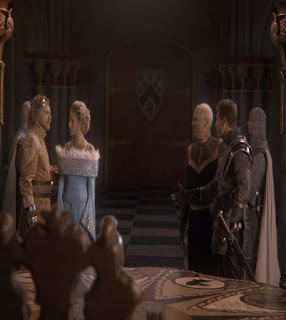 Which gave King George a chance to make David pretend to be James. But David was pure-hearted and eventually the two of them have a falling out. 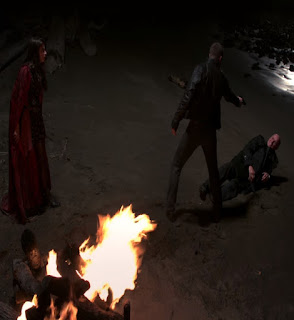 In Storybrooke, he's Albert Spencer. He does some dark things to get what he wants. And David sends him behind bars for it. 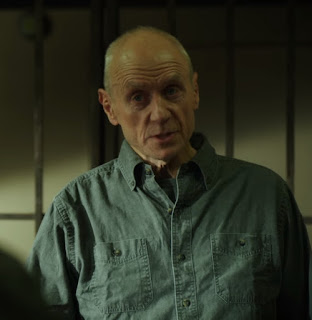 We see him one last time near the end of the series. Turns out, he had David's father murdered on his orders. David though, doesn't have the heart to kill him. And that's pretty much the rest.
Posted by Adam at 11:30 PM

I stopped watching this after the 3rd season. It had lost its charm.

He was a jerk.

I'd have to be tied with chains to a chair and eyes propped with pin openers to watch this garbage.
Utter childish garbage.
Probably watched by young Barron Trump with his dear plastic surgeon's delight plus money mummy. What's her bloody name?
Colin