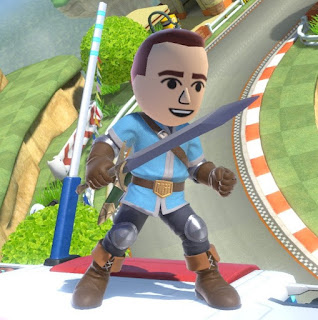 While I do like the idea of using Miis in Super Smash Bros., I've never been a big fan of the Mii fighters in the games since Smash 4. While I like Mii Swordfighter better than Mii Brawler, I still didn't like the fighter much. 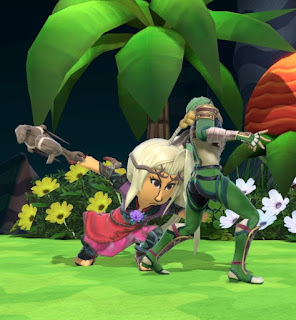 Like the other Mii fighters, you can pick costumes for the Miis to wear so they can either be funny or resemble other Nintendo characters. 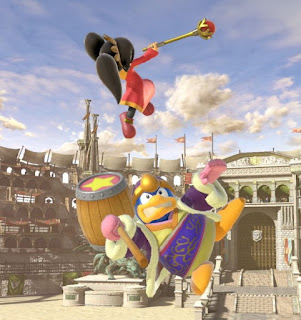 Though a lot of the costumes are like the one above, the characters don't even use a sword. 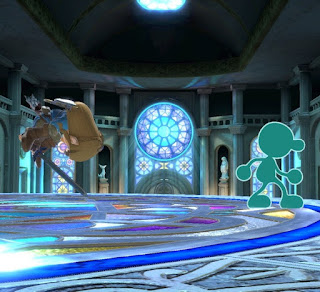 As far as moves, in the standard default, they're okay but nothing special. The rolling move in the air should have more speed and power. 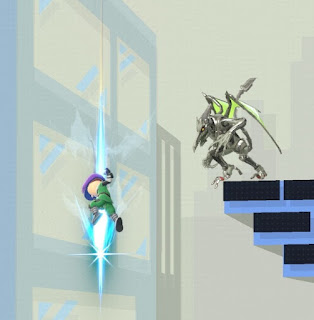 The up-and-down slash has the power but you can easily fall into a pit, so be careful with that one. 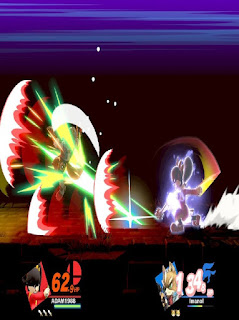 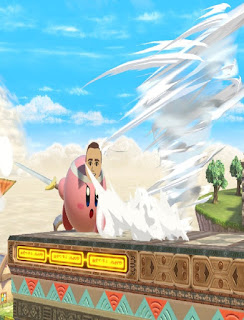 When Kirby takes their power, he gets the power to unleash mini tornadoes with a sword strike. For both Kirby and Mii Swordfighter, this attack is often not worth the time and effort. 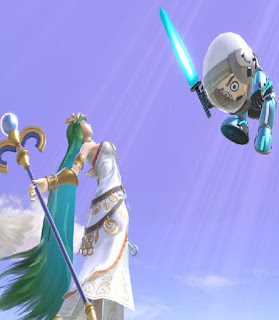 Like I said before, I'm not a big fan on the Mii Swordfighter. I never saw many people online who used them either. I guess that's a pretty decent sign that I'm right.
Posted by Adam at 11:00 PM