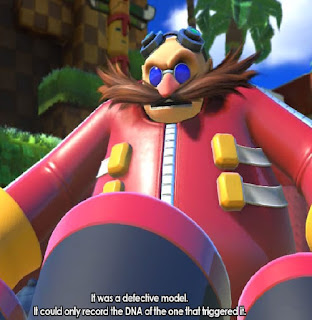 I thought the first Dr. Eggman boss battle in Sonic Forces was a decent one. We first see him in Green Hill Zone talking to Infinite. 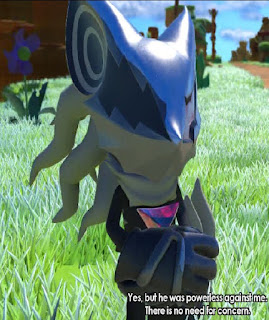 Though Infinite kinda lets Dr. Eggman know how little he thinks of the crazy scientist. 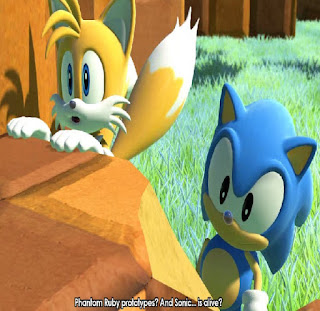 But Classic Sonic and modern Tails hear of their plan. 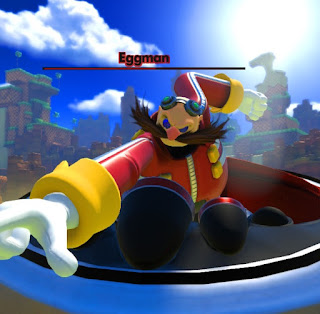 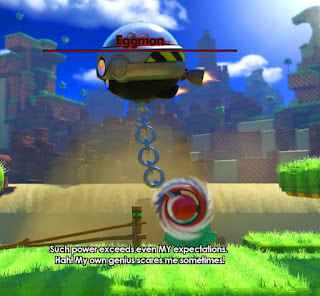 The first part of the battle is classic Eggman. 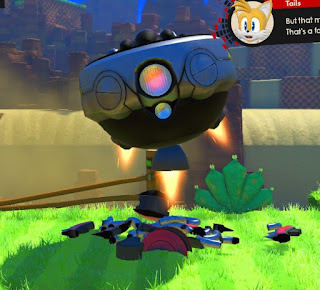 Which isn't difficult to defeat. 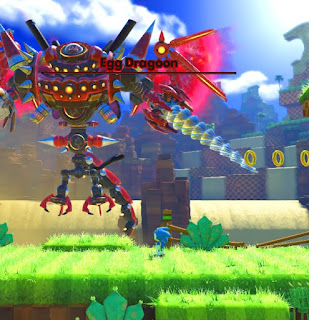 The next part is much worse for Sonic, the Egg Dragoon robot. 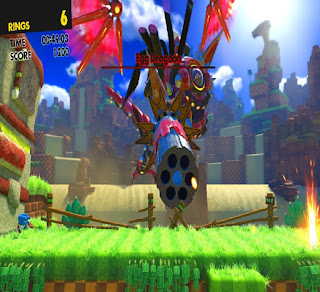 He has quite the firepower, but nothing impossible to dodge. 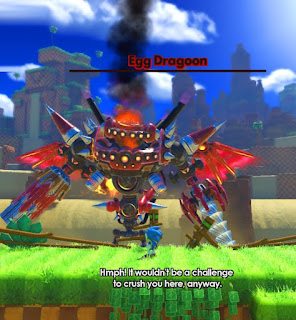 And with some minor skill, you can send Eggman running. 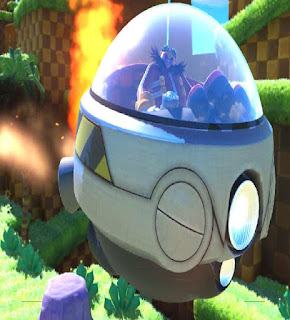 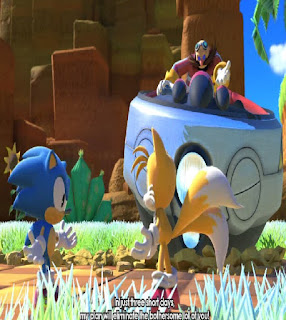 For which he soon crashes, but not before giving Sonic and Tails a lecture...oh brother.
Posted by Adam at 11:30 PM

Hahaha brilliant. All my male friends, throughout my life have been obsessed with Sonic! I bought my friend a few Sonic things over the years, BUT his girlfriend said under no circumstances was I to buy him/them a Sonic bed set ;-)