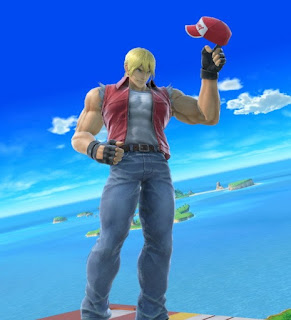 When it became obvious SNK was getting a fighter in Smash Ultimate, I wasn't shocked to see Terry Bogard as he was basically the Ryu of King of Fighters. While his game was originally Fatal Fury, it evolved into King of Fighters, but honestly those games haven't been good in a LONG time. I also would have preferred to see Mai Shiranui, but since she dresses rather...lightly...she didn't even make it in as a cameo. 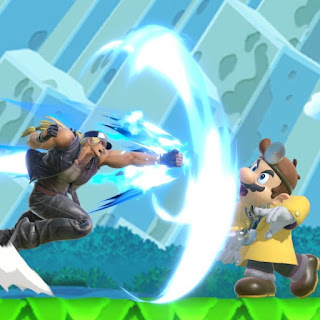 Anyway, Terry actually is a pretty great fighter. I really like his forward punch. Almost as good as Banjo's side special. 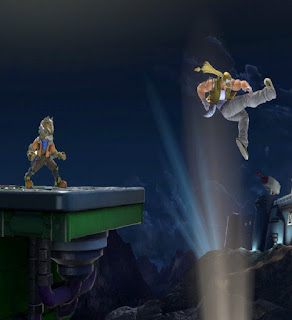 But it does have a downside. It also is the same way to do a backflip and you can easily backflip off the side of the stage. You can usually recover from it but I have died a few times from an accidentally button command. 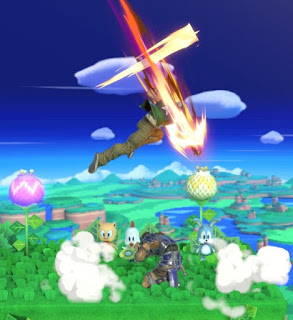 Pretty much all of his moves are useful to some degree. 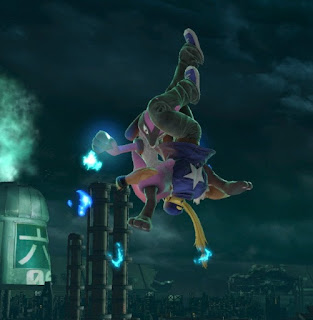 And they pretty much cover any style and direction of fighting. No foe is truly safe from Terry's tactics. 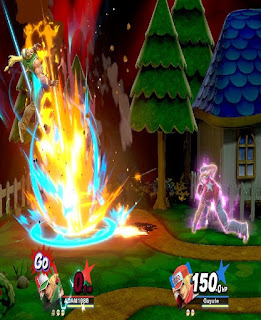 His Final Smash is good, since it's hard to miss with it, even with multiple opponents. 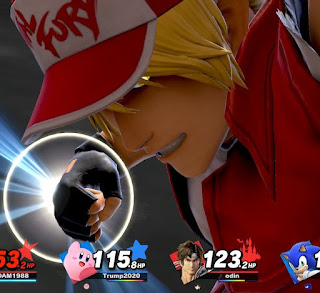 Once you capture someone Terry gets his fists ready. 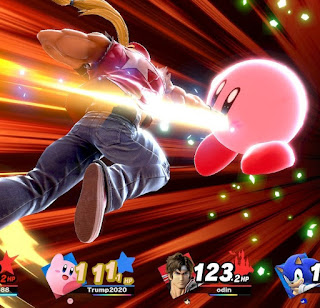 And the person trapped is in for a world of pain and misery. 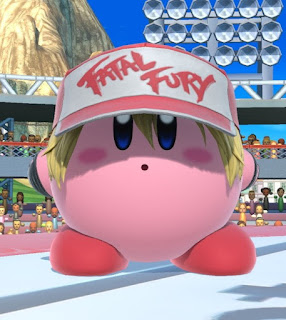 When Kirby takes Terry's power, he gets this adorable Fatal Fury hat. 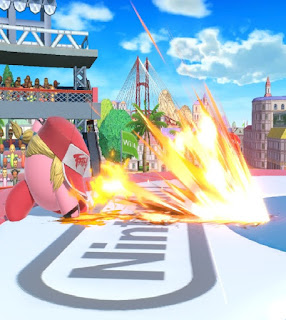 And the power wave technique. Like the power wave for Terry in the SNK games, I never been a big fan. Not a great direction for the energy and it's kind of petty damage. I'd call it Terry's weakest move by far. 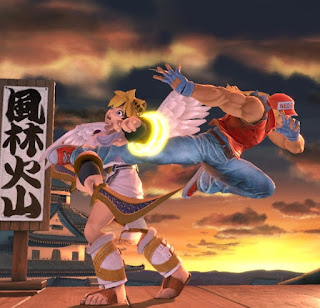 But still Terry should be in the top ten fighters, maybe not the top five. I expect in those pro tournaments, Terry is going to be used by many of contestants. Besides Banjo and Kazooie, I like him the most out of the current DLC fighters.
Posted by Adam at 11:00 PM