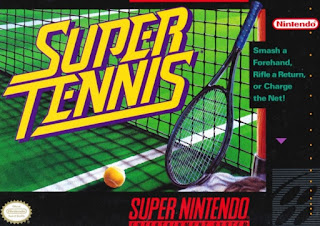 I've been trying to catch up on SNES games I've missed in the Super Nintendo library for the Nintendo Switch. Super Tennis was one of the ones I'm really sure I've never played. Technically another company made this, but Nintendo published the game themselves outside of Japan. 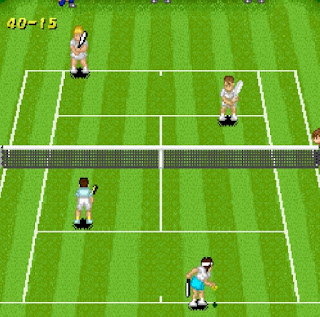 But anyone who recalls the simple (yet a little fun) Tennis on NES would imagine this was an official sequel to that launch game. Obviously being on Super Nintendo, the graphics are far better than the NES game and the controls give you more options. 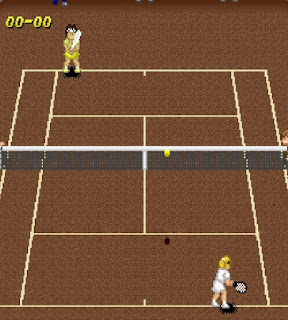 Like most sports games at the time, the options are pretty simple. You can play against humans or the CPU. There are single matches, double matches (where some CPU players will be there), and a tournament mode of sorts that's pretty much all CPU players. 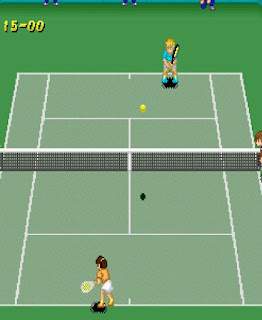 The game takes use of the multiple buttons on the SNES controller, so all kinds of tennis moves can be done via the right button. But I found the controls to be sluggish and unresponsive when I needed them to be on my side. 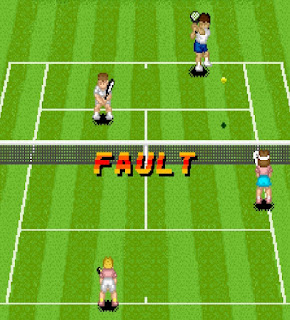 Since I don't really have another human who WANTS to play the game with me, I was stuck playing against the computer. And the CPU players are cheap and difficult. I was honestly shocked so many people enjoyed this game back in the day, because it has not aged well at all.
Posted by Adam at 11:30 PM

I always like tennis on the Wii, I was better on the Wii than in real life!

Play the real stuff Adam. it is great exercise.
coin