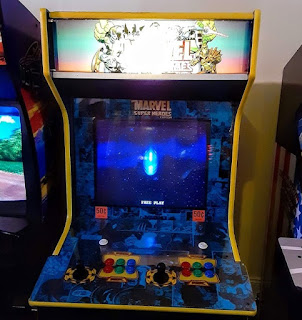 I was pleased to see Marvel Super Heroes while we were at the Carolina Arcade Museum in Forest City, NC. My brother and I had the game on PS1 but I don't think I had played the original arcade version. 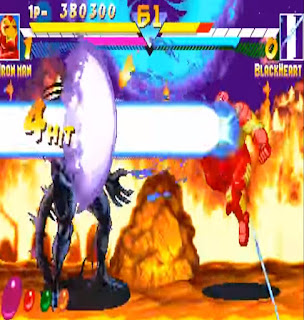 Though it's not much different from the PS1 port. I still recall my brother using Iron Man and his proton cannon. 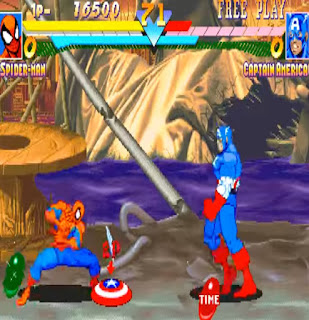 But you fight as most of the Avengers and some of the bad people too. The series later morphed into the Marvel Vs. Capcom games. 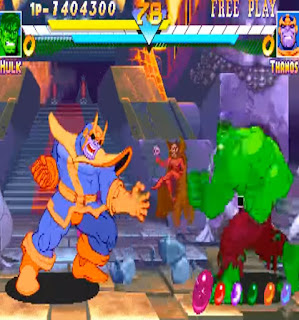 Even Thanos appears (as a boss) but I never got that far that day. I just played against Daisy and I destroyed her fighter.
Posted by Adam at 12:00 PM

Talk about timing...my kiddos and I just saw a Marvel arcade game in a store by us. The whole thing is on sale for $600 so we just played it at the store:D

Adam, I did not know that PS was from an Arcade game version. But I have never played PS anything. Blessings, xoxo, Susie